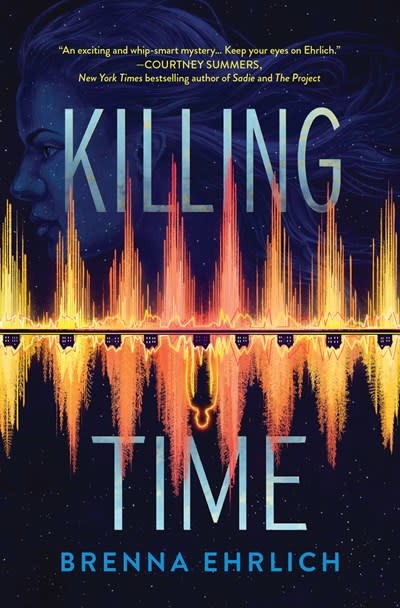 Tailor-made for readers of the murderino generation, Killing Time follows a true-crime obsessed teenage girl who sets out to uncover a killer when her favorite teacher is murdered. With a dual POV that sends the reader back twenty years, this engrossing and twisty thriller is perfect for fans of Courtney Summers and Karen McManus.

Summer in Ferry, Connecticut has always meant long, lazy days at the beach and wild nights partying in the abandoned mansions on the edge of town. Until now, that is. Natalie Temple’s favorite teacher has been murdered, and there’s no way this true-crime obsessed girl is going to sit back and let the rumor mill churn out lie after lie. Not if she has anything to say about it – even if she has to hide her investigation from her disapproving mom and team up with a new boy in town with a mysterious smile and a talent for making fake IDs. But the more Natalie uncovers, the more she realizes some secrets were never meant to be told. With two interwoven mysteries, Killing Time is a deathly warning to a generation of murderinos: what happens when the stories we’re chasing finally catch up with us?

Brenna Ehrlich is a journalist, YA author, and editor who has worked everywhere from MTV News to Rolling Stone. She resides in New Jersey with her husband Morgan and their two cats, Nimbus and Hazel. She enjoys horror movies and romcoms in equal measure.