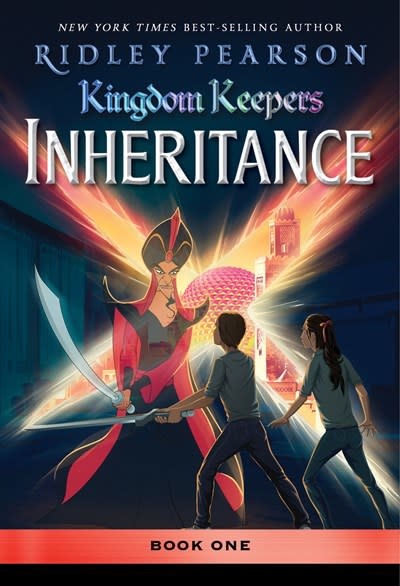 Catalog Copy: In the near future, in the Epcot of Walt Disney’s imagination, sixty thousand people live in a CommuniTree surrounding the forward-looking Walt Disney World theme park. Five unique families are among the residents—and some of the parents were once known as the Kingdom Keepers. Their identities are carefully guarded in order to raise their children without special treatment, most of the Kingdom Keepers work for the Walt Disney Company, and have settled into “ordinary” and rewarding lives.When a messenger carrying a secret communication from Villains Park in Hong Kong coincides with both a solar eclipse and Eli Whitman’s thirteenth birthday—a few “ordinary” kids are thrust into a battle to save Epcot and find their friend who has mysteriously disappeared.With their friend missing and their parents acting strangely, the Kingdom Kids discover they are in possession of unusual powers as they forge a bond to rescue their friend and uncover the truth about how real magic has entered their lives.

Author Bio: Ridley Pearson is the award-winning author of the best-selling Kingdom Keepers series along with forty other novels for adults (suspense) and young readers (adventure) including cowriting Peter and the Starcatchers. Ridley spends a good deal of his time sneaking around the Disney parks and aboard the Disney Cruise Line ships all in the name of research.