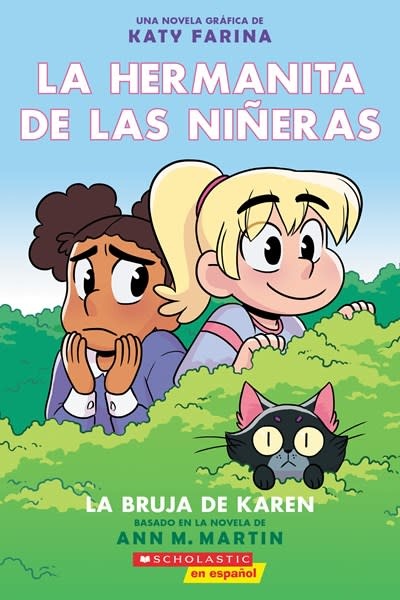 Karen Brewer lives next door to Mrs. Porter, who wears long robes and has wild gray hair. Mrs. Porter has a black cat named Midnight and always seems to be working in her garden. Karen isn't supposed to spy on her neighbor, but she's determined to prove that Mrs. Porter is a witch named Morbidda Destiny!

Ann M. Martin is the creator of The Baby-sitters Club, which has more than 180 million books in print, making it one of the most popular series in the history of publishing. Her novels include A Corner of the Universe (a Newbery Honor Book), Belle Teal, Here Today, A Dog's Life, On Christmas Eve, and the Main Street and Family Tree series, as well as the much-loved collaborations P.S. Longer Letter Later and Snail Mail No More, with Paula Danziger. Ann lives in upstate New York.

Katy Farina is a comics artist and illustrator based in Los Angeles. She is currently a background painter for She-Ra and the Princesses of Power at DreamWorks TV. In the past, she has done work for BOOM! Studios, Oni Press, and Z2 Comics. Visit her online at katyfarina.com.