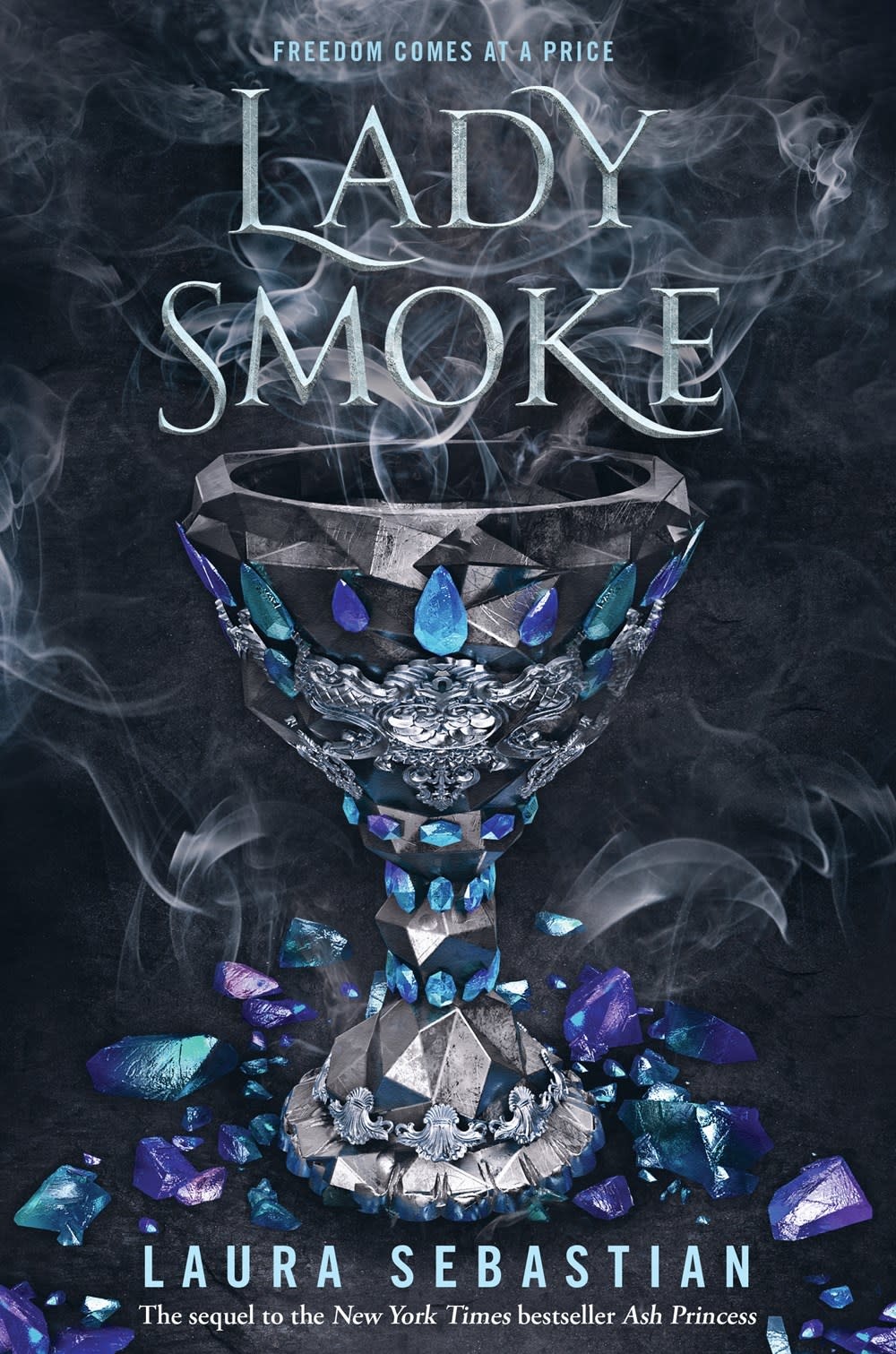 The second installment in the New York Times bestselling series “made for fans of Victoria Aveyard and Sabaa Tahir” (Bustle), Lady Smoke is an epic new fantasy about a throne cruelly stolen and a girl who must fight to take it back for her people.

The Kaiser murdered Theodosia’s mother, the Fire Queen, when Theo was only six. He took Theo’s country and kept her prisoner, crowning her Ash Princess—a pet to toy with and humiliate for ten long years. That era has ended. The Kaiser thought his prisoner weak and defenseless. He didn’t realize that a sharp mind is the deadliest weapon.

Theo no longer wears a crown of ashes. She has taken back her rightful title, and a hostage—Prinz Soren. But her people remain enslaved under the Kaiser’s rule, and now she is thousands of miles away from them and her throne.

To get them back, she will need an army. Only, securing an army means she must trust her aunt, the dreaded pirate Dragonsbane. And according to Dragonsbane, an army can only be produced if Theo takes a husband. Something an Astrean Queen has never done.

Theo knows that freedom comes at a price, but she is determined to find a way to save her country without losing herself.

Praise for the Ash Princess Series:

“A darkly enchanting page-turner you won’t be able to put down.”—Bustle

“A smart, feminist twist on a traditional tale of a fallen heroine, with plenty of court intrigue, love, and lies to sweeten the deal. Good luck putting this one down.”—Virginia Boecker, author of The Witch Hunter series

“This searing page-turner is a compelling examination of the complexities of both evil and resistance.”—Sarah Porter, author of Vassa in the Night

“A rebel queen fans the sparks of revolution…[and] Theo’s first-person narration remains enthralling with emotional immediacy…[while] packed to the brim with intrigue and the promise.”-Kirkus Reviews

Laura Sebastian grew up in South Florida and attended Savannah College of Art and Design. She now lives and writes in New York City. Laura is the author of the New York Times bestselling Ash Princess series: Ash Princess, Lady Smoke and Ember Queen. To learn more about Laura and her book, follow @sebastian_lk on Twitter.