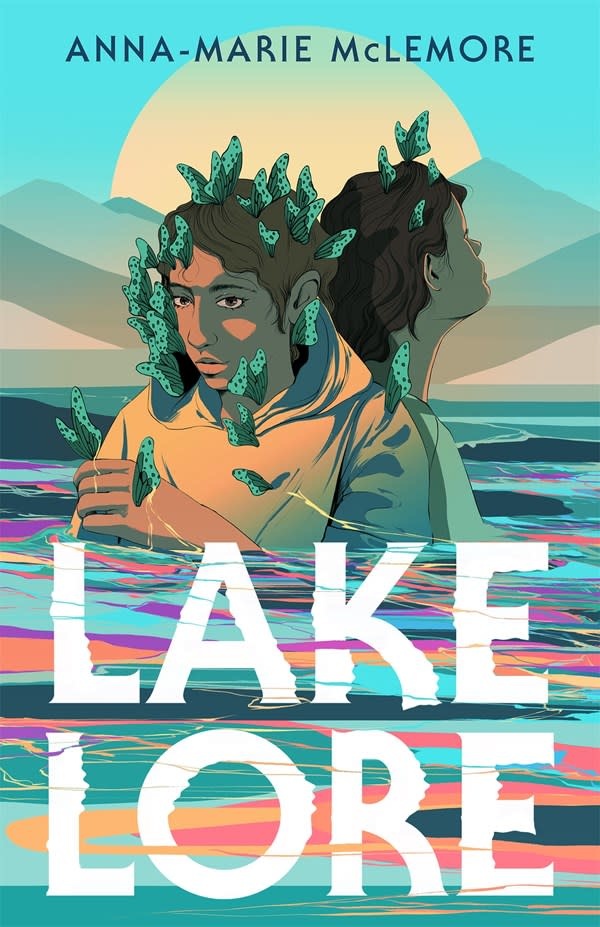 In this young adult novel by award-winning author Anna-Marie McLemore, two teens are pulled into a magical world under a lake.

When their older siblings move out, Bastián Silvano has one job: protect the secret world they’ve all shared since they were children. For years, the world under the lake has been not just a magical place; it’s been a safe space for their neurodivergent brains.

But when Lore Garcia finds their way in, everything changes. The world under the lake pulls Bastián and Lore in without warning, and makes Lore part of its landscape, fracturing the once-unshakable bond between the Silvano siblings. Soon, the mistakes Bastián will do anything not to repeat, and Lore will do anything to hide, find their way above and below the surface.

As Bastián tries to hold both of their worlds together, Lore must decide how much they’ll risk for the magic they’re now part of–and for Bastián.

Anna-Marie McLemore was born in the foothills of the San Gabriel Mountains and taught by their family to hear la llorona in the Santa Ana winds. They are the author of The Weight of Feathers, a finalist for the 2016 William C. Morris Debut Award; 2017 Stonewall Honor Book When the Moon Was Ours, which was longlisted for the National Book Award in Young People’s Literature and was the winner of the James Tiptree Jr. Award; Wild Beauty, Blanca & Roja, Dark and Deepest Red, and The Mirror Season.