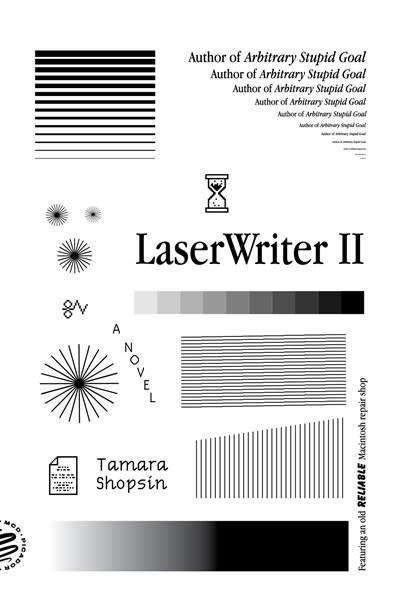 “A crisp redraw of a time when Apple Computer was the rebellious choice, poor rebels could afford to live in the Big Apple and—in more ways than one—people found themselves offline.” —J. D. Biersdorfer, The New York Times Book Review

LaserWriter II is a coming-of-age tale set in the legendary nineties indie Mac repair shop Tekserve—a voyage back in time to when the internet was new, when New York City was gritty, and when Apple made offbeat computers for weirdos. Our guide is Claire, a nineteen-year-old who barely speaks to her bohemian coworkers but knows when it’s time to snap on an antistatic bracelet.

Interweaving the history of digital technology with a tale both touchingly human and delightfully technical, Shopsin brings an idiosyncratic cast of characters to life with a light touch, a sharp eye, and an unmistakable voice. Filled with pixelated philosophy and lots of printers, LaserWriter II is, at its heart, a parable about an apple.

Tamara Shopsin is a renowned illustrator, graphic designer, writer, part-time cook, and co-owner of the New York City eatery Shopsin’s. She is the author of Mumbai New York Scranton and Arbitrary Stupid Goal.