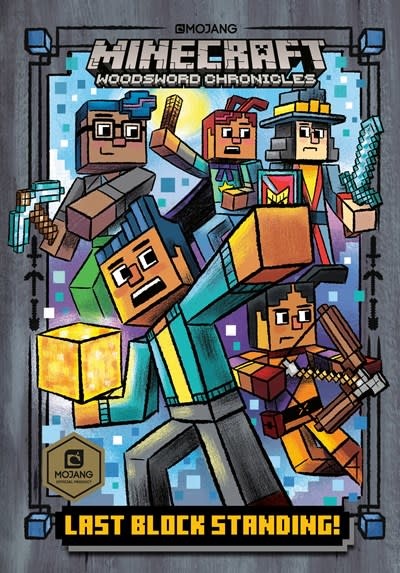 The only official chapter book series based on Minecraft comes to an epic conclusion with Book 6—Last Block Standing!

As the world of Minecraft falls under the Evoker King’s control, Morgan, Ash, and their friends get ready for the final showdown. But with their enemy now in possession of the most powerful building block in Minecraft, do they really stand a chance of defeating him? And meanwhile, in the real world, the kids deal with the devastating news that Ash and her family may be moving away! Will both worlds come to an end, or is this just a new beginning? Find out in Last Block Standing! the sixth book in the Woodsword Chronicles!

Series Overview: MINECRAFT: Woodsword Chronicles is the only officially licensed Minecraft illustrated chapter book series. It follows the lives of five diverse gamers who can actually enter the world of Minecraft. Their adventures in the game world always help them solve real-life problems at school and with friends. Approximately two to three new titles will be published each year.

TARGET Audience: Boys and girls 6-9, and Minecraft fans and collectors of all ages