Home » Lease on Love: A novel 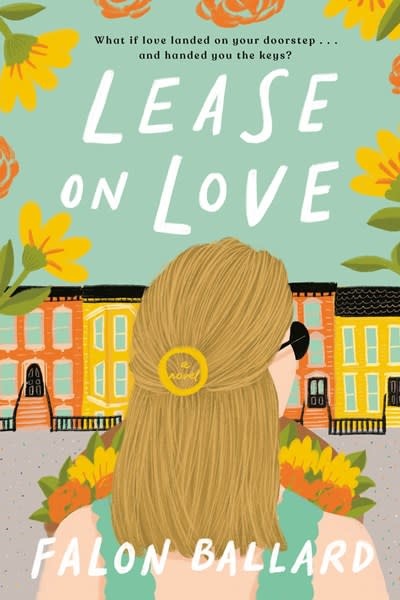 Lease on Love: A novel

Beach Read meets The Flatshare in this warmly funny and delightfully sharp debut rom-com about a down-on-her-luck young woman who turns an innocent mix-up between a dating app and a roommate app into a new chance at love.

She wasn’t looking for love until it landed on her doorstep.

After getting passed over for an overdue—and much-needed—promotion, Sadie Green is in desperate need of three things: a stiff drink, a new place to live, and a one-night stand. When one drink turns into one too many, Sadie mixes up a long-ignored dating app for a roommate-finding app and finds herself on the doorstep of Jack Thomas’s gorgeous Brooklyn brownstone. Too bad she’s more attracted to his impressive real estate than she is to the man himself.

Jack, still grieving the unexpected death of his parents, has learned to find comfort in video games and movie marathons instead of friends. So while he doesn’t know just what to make of the vivaciously verbose Sadie, he’s willing to offer her his spare bedroom while she gets back on her feet. And with the rent unbeatably low, Sadie can finally pursue her floristry side hustle full-time. The two are polar opposites, but as Sadie’s presence begins to turn the brownstone into a home, they both start to realize they may have just made the deal of a lifetime.

Falon Ballard loves to write about love! She also has an undying affection for exclamation points and isn’t ashamed to admit it! When she’s not writing fictional love stories, she’s helping real-life couples celebrate, working as a wedding planner in Southern California. She has a deep appreciation for the Marvel Cinematic Universe, is a Disneyland devotee, and is a reality TV aficionado. If she’s not busy wrangling her seven-year-old, you can probably find her drinking wine and posting a picture on Instagram while simultaneously snarking on Twitter, because multitasking!