Home » Legend of the Realm 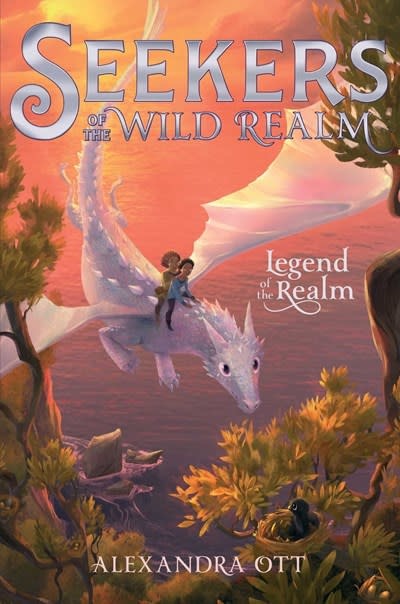 Legend of the Realm

Fablehaven meets How To Train Your Dragon in this action-packed finale to the Seekers of the Wild Realm duology, following Bryn and Ari as they figure out how to stop the return of a plague.

Now that Bryn and Ari are official Seekers, they are excited to help the rest of the council in keeping the Realm, and the magical creatures who live there, safe. During a routine check with their beloved magical dragon, Lijla, Bryn and Ari discover a baby gyrpuff with mysterious dark eyes. It’s clearly unwell, and after explaining to the rest of the elder council, they fear that a massive plague that crippled the Realm years prior has somehow returned.

Though Bryn and Ari manage to save the gyrpuff (named Little Puff) from near death, it is now up to Bryn, Ari, and the rest of the Seekers to find out how exactly this plague has returned—and whether or not human forces were at work in bringing it back.

Alexandra Ott holds a BA in English from the University of Tulsa. She currently lives in Oklahoma with her tiny canine overlord. She is the author of the Rules for Thieves and Seekers of the Wild Realm series. Visit her online at AlexandraOtt.com and on Twitter at @Alexandra_Ott.