Home » Legends of the North Cascades: A novel 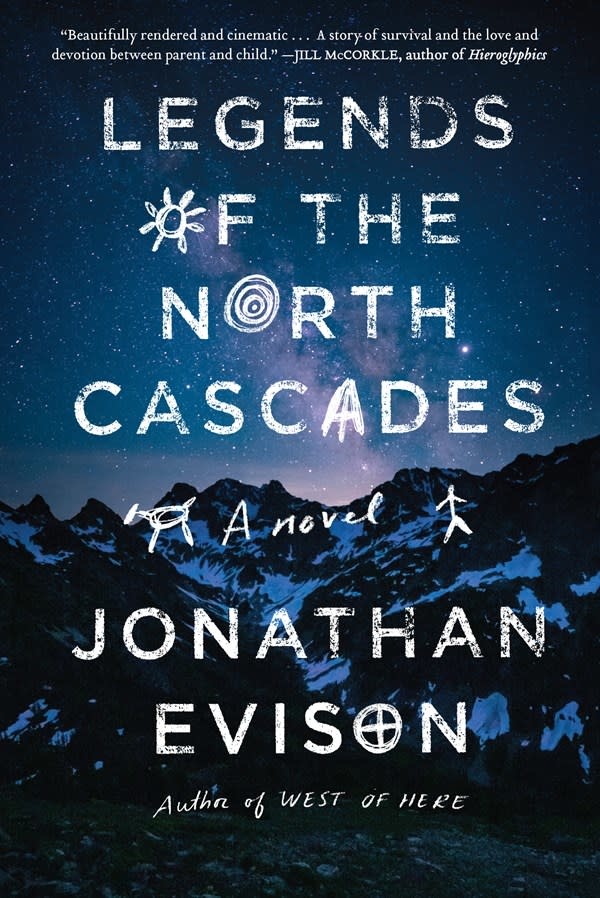 Legends of the North Cascades: A novel

“Beautifully rendered and cinematic . . . A story of survival and the love and devotion between parent and child.” —Jill McCorkle, author of Hieroglyphics

Dave Cartwright has had enough. After three tours in Iraq he has come home to Vigilante Falls in Washington State only to find that he feels incapable of connecting to the people and the place that once defined him. Most days, his love for his seven-year-old daughter, Bella, is the only thing keeping him going. When tragedy strikes, Dave makes a dramatic decision: he will take Bella to live in a cave in the wilderness of the North Cascades.

So begins a compelling adventure, a story of a father and daughter attempting to cope with a breathtaking but harsh environment. Once they are settled in the cave, Bella retreats into a different world, that of a mother and son who had lived in that same space, but thousands of years before, at the end of last Ice Age. As the two dramas begin to merge, a timeless odyssey unfolds, both as a meditation on the perils of isolation and an exploration of humans' indelible struggle to survive.

Perfect for readers of Peter Heller's novels or Kristin Hannah's The Great Alone, Legends of the North Cascades is Jonathan Evison's return to sweeping, multicharacter narratives like his New York Times bestseller West of Here and is an immensely satisfying read.

Jonathan Evison is the author of the novels All About Lulu, West of Here, The Revised Fundamentals of Caregiving, This Is Your Life, Harriet Chance!, Lawn Boy, and Legends of the North Cascades. He lives with his wife and family in Washington State.