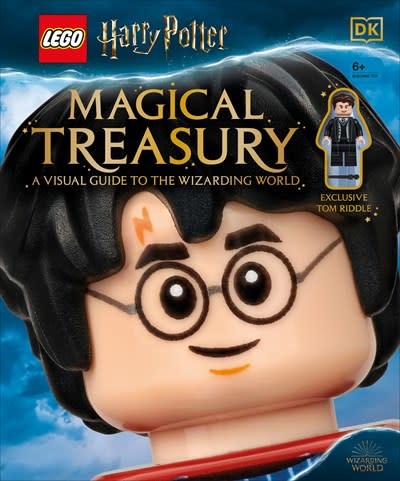 A spellbinding book featuring the very best sets and minifigures in the LEGO Wizarding World—plus an exclusive minifigure from the LEGO Harry Potter theme for your collection.

Learn how these magical sets are created in a behind-the-scenes chapter, which features an interview with the award-winning LEGO Harry Potter team.

Elizabeth Dowsett grew up playing with lots of LEGO bricks. She edited her first LEGO book in 2009, the LEGO Star Wars: Visual Dictionary, which went on to sell over a million copies. The first LEGO book she wrote was LEGO Harry Potter Building the Magical World, which was a No. 1 New York Times Bestseller.