Home » Leonora in the Morning Light 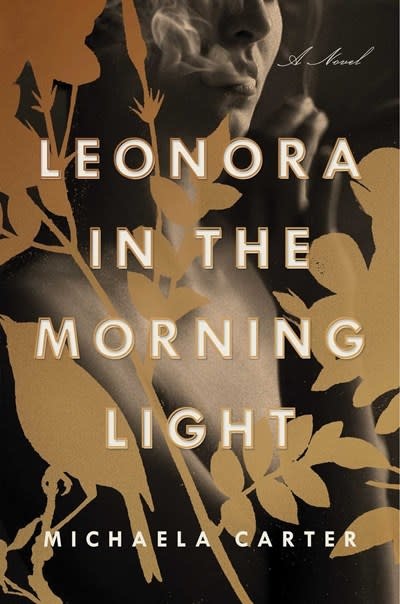 Leonora in the Morning Light

For fans of Amy Bloom’s White Houses and Colm Tóibín’s The Master, a page-turning novel about Surrealist artist Leonora Carrington and the art, drama, and romance that defined her coming-of-age during World War II.

London, 1937: Leonora Carrington is a twenty-year-old on the cusp of independence, discovering her own creative powers as a painter, when she falls into a turbulent, passionate love affair with Max Ernst, a married artist twenty-six years older. Determined to break free from her family’s upper-class expectations, she follows him to Paris, where she is thrust into the vibrant, revolutionary world of studios and cafes, where rising visionaries of the Surrealist movement, like Andre Breton, Pablo Picasso, Lee Miller, Man Ray, and Salvador Dali, are challenging conventional approaches to art and life. Inspired by their freedom, Leonora begins to experiment with her own work, translating vivid stories of her youth onto canvas and gaining recognition under her own name—until, suddenly, the shadow of war and occupation begins to spread over Europe, and headlines emerge denouncing Max and his circle as “degenerates.”

Forced to flee France, Max and Leonora are separated, but both begin remarkable journeys that will shape them as artists and individuals. On the run from an internment camp, Max seeks the aid of Peggy Guggenheim, who is helping artists escape from the Nazis, while Leonora, once trapped in a Spanish asylum, begins to claim her identity and unleash the quiet, inner power that will eventually make her one of the most influential women of our time.

Based on true events and historical figures, Leonora in the Morning Light is an unforgettable story of love, art, and destiny that restores a twentieth-century heroine to her rightful place.

Michaela Carter is a writer, painter, and an award-winning poet. Her novel Further Out Than You Thought was an Indie Next Pick, an Arizona Republic Recommends, and AZ Central’s Best critic’s pick for 2014. Her poetry won the Poetry Society of America, Los Angeles, New Poet’s Prize, has been nominated for Pushcart Prizes, and has appeared in numerous anthologies and journals. She is the cofounder of the independent bookstore The Peregrine Book Company, where she works as a buyer. She lives in Prescott, Arizona, with her husband and two dogs, and she can be visited on the web at MichaelaCarter.com. Her latest work is Leonora in the Morning Light.