Home » Lightning Down: A WWII story of survival [Joe Moser] 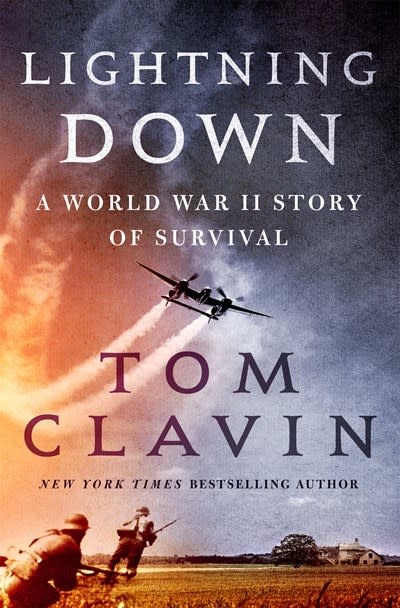 Lightning Down: A WWII story of survival [Joe Moser]

The incredible true story of fighter pilot Joe Moser's war in the sky and secret survival at Buchenwald during World War II.

On August 13, 1944, Joe Moser set off on his 44th combat mission over occupied France. Soon, he would join almost 170 other Allied airmen as prisoners in Buchenwald, one of the most notorious and deadly of Nazi concentration camps. Lightning Down tells this largely untold and riveting true story.

Moser was just 22 years old, a farmboy from Washington State who fell in love with flying. During the war he realized his dream of piloting a P-38 Lightning, one of the most effective weapons the Army Air Corps had against the powerful German Luftwaffe. But on that hot August morning he had to bail out of his damaged, burning plane. Captured immediately, Moser’s journey into hell began.

Joe Moser and his courageous comrades from England, Canada, New Zealand, and elsewhere endured against impossible odds in the most horrific surroundings... until the day the orders are issued by Hitler himself to execute them. Only a most desperate plan might save them.

The page-turning momentum of Lightning Down is like that of a thriller, but the stories of imprisoned and brutalized airmen are true and told in unforgettable detail, led by the distinctly American voice of Joe Moser, who prays every day to be reunited with his family.

Lightning Down is a can’t-put-down inspiring saga of brave men confronting great evil and great odds against survival.

TOM CLAVIN is a #1 New York Times bestselling author and has worked as a newspaper editor, magazine writer, TV and radio commentator, and a reporter for The New York Times. He has received awards from the Society of Professional Journalists, Marine Corps Heritage Foundation, and National Newspaper Association. His books include the bestselling Frontier Lawmen trilogy—Wild Bill, Dodge City, and Tombstone—and Blood and Treasure with Bob Drury. He lives in Sag Harbor, NY.