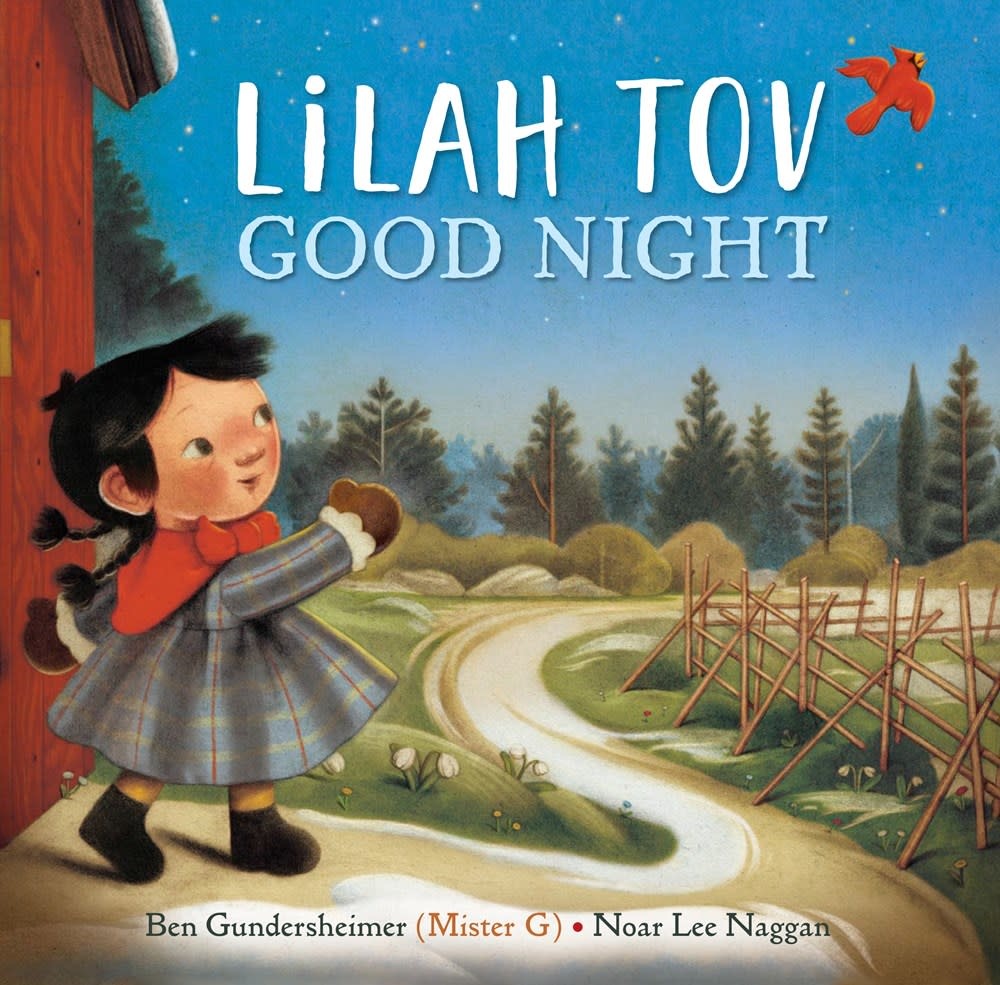 A soothing Hebrew lullaby takes on added meaning for a refugee family in this visually stunning debut.

As the moon rises, a family steps into the night on a journey toward a new beginning. Along the way, their little girl delights in the wonders of nature, saying good night—lilah tov—to the creatures and landscapes they pass. Wherever she looks—on land, in the sky above and even, eventually, in the water below her boat—there are marvels to behold. “Lilah tov to the birds in the trees, lilah tov to the fish in the sea.” Then, when their travels are finally over, her parents tuck her in tight, safe and ready for dreams in their new home.

This lyrical lullaby celebrates the beauty of our world and the spirit of resilience in a refugee family.

A former teacher with a Masters of Education, Ben Gundersheimer (aka Mister G) is a Latin GRAMMY Award winner for Best Children’s Album, and has been called “a bilingual rock star” by the Washington Post and “irresistible” by People magazine. His dynamic, original music has won praise from the Boston Globe, Chicago Sun Times, New York Post, and Parents magazine. He tours internationally headlining major venues in cities including New York City, Philadelphia, Washington DC, Austin, Los Angeles, Chicago, and New Orleans. He also wrote the picture book Señorita Mariposa. He lives in Whately, Massachusetts.

Noar Lee Naggan was born in Israel and graduated from the Bezalel Academy of Arts and Design in Jerusalem. He worked in animation and graphic design with major companies in Israel, then found his calling in illustration and never looked back. He currently lives in New York City.