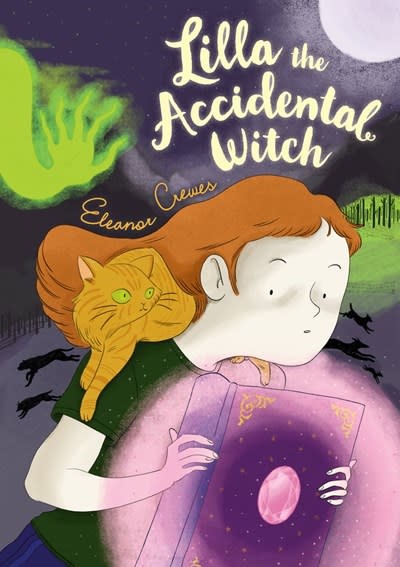 Magic is tough. Family is tougher. Boys are a complete mystery. Follow Lilla as she stumbles her way through each of them in Eleanor Crewes's uniquely illustrated debut middle-grade graphic novel.

Thirteen-year-old Lilla feels she is a bit different. She's quiet and shy and sometimes feels uncomfortable in the company of boys. She'd much rather spend time by herself drawing and daydreaming. This summer, while staying with her aunt in rural Italy, Lilla discovers a book of magic which reveals that she is a witch with special powers, the magic of 'Strega'.

But unbeknownst to her, an ancient witch, Stregamama, threatens to ruin more than just her summer. Lilla is soon faced with a choice that could change her life forever.

Eleanor Crewes is a London-based illustrator. Her debut graphic novel The Times I Knew I Was Gay was featured in an exhibit at Toronto Comic Arts Festival and received review from The Quietus and Broken Frontier, and will be published in the US by Scribner in October 2020. She specializes in graphic storytelling and enjoys mixing autobiography into her projects wherever she can.