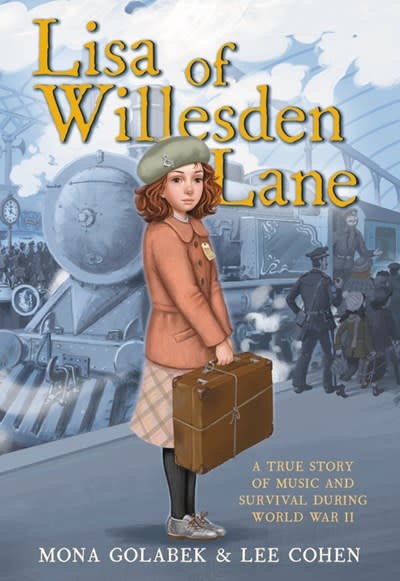 Musician, performer, and educator Mona Golabek's inspiring story of her mother's escape from the Holocaust as a child to become a concert pianist against all odds, made popular by her highly acclaimed theatrical performances and beloved Hachette backlist favorite The Children of Willesden Lane, is now available for even younger audiences in an early chapter book format.

In pre-World War II Vienna, Lisa Jura was a musical prodigy who hoped to become a concert pianist. But when enemy forces threatened the city -- especially its Jewish population -- Lisa's parents were forced to make a difficult decision. They secured passage for only one of their three daughters through the Kindertransport, and chose to send gifted Lisa to London for safety. As she yearned to be reunited with her family where she lived in a home for refugee children on Willesden Lane, Lisa's music became a beacon of hope for all of her peers.

A story of the power of music to uplift the human spirit, this compelling tribute has moved and inspired hundreds of thousands of students and adults across the globe. Now is the perfect time to bring this timeless story of hope to even younger audiences as Mona Golabek's mission to transform historical testimony into youth empowerment has driven many requests for shorter, illustrated formats. Both a picture book and chapter book will be available.

Mona Golabek is a Grammy-nominated recording artist, internationally celebrated concert pianist, and star of the one-woman show The Pianist of Willesden Lane.