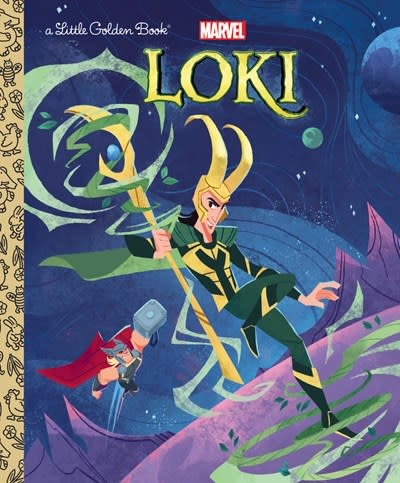 In Asgard and beyond, Thor’s brother Loki is the master of mischief and loves pulling pranks with his mystical powers of illusion. This Little Golden Book about everyone’s favorite Marvel Avengers villain is perfect for boys and girls ages 2 to 5 and fans and collectors of all ages! Just in time for the new series premiering on Disney+ in spring 2021.

Series Overview: Marvel Super Heroes are some of the most popular comic book characters in the world, and include: Spider-Man, the Hulk, Iron Man, Captain America, Thor, and the Avengers.