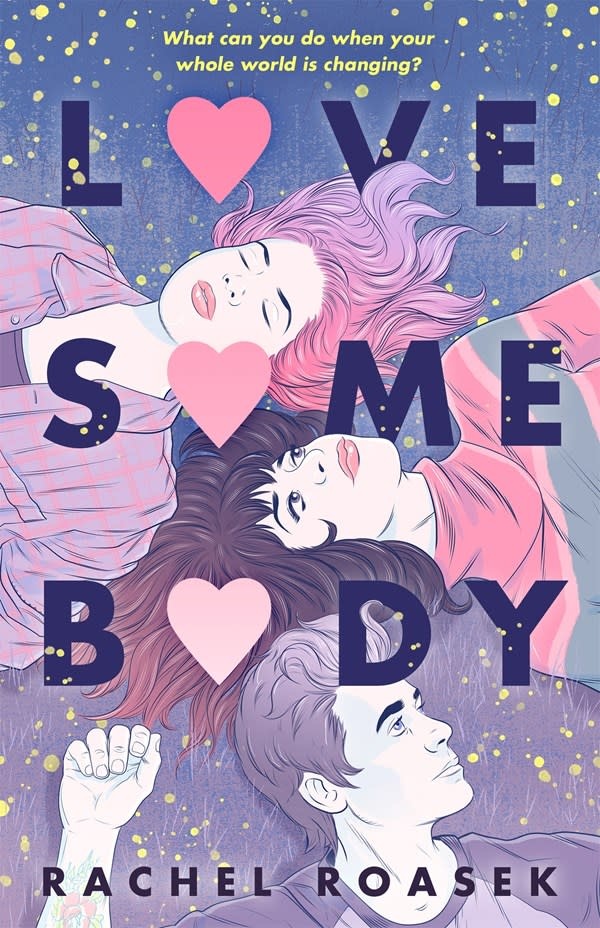 A modern YA rom-com about a popular high-school girl, her ex-boyfriend-turned-best-friend, and the girl they both fall for.

Sam is an actress with big plans for her future. Ros is the smartest girl in school—but she’s a loner, and likes it that way. Then there's Christian, the darling of the soccer team. He’s not the best at communication, which is why he and Sam broke up six months ago; but he makes up for it by being genuine and kind, which is why they're still friends.

When Christian falls for Ros on sight, their first interaction is a disaster, so he enlists Sam's help to get through to her. Sam, with motives of her own, agrees to coach Christian on how to soften Ros's walls. But as Ros starts to suspect Christian acting differently, and Sam starts to realize the complexity of her own feelings, their fragile relationships threaten to fall apart—and all three have to realize that the bravest thing to do in the face of change is love somebody.

Rachel Roasek received her BA from the University of North Carolina at Greensboro in 2017, with a degree in drama and two minors in sign language and anthropology. When not coming up with fictional worlds, she works as both a voice actor and stage technician. She currently lives in Raleigh with a few dying plants and her dog, Lupe.