Home » Made in China: A Prisoner, an SOS Letter, & the Hidden Cost of America's Cheap Goods 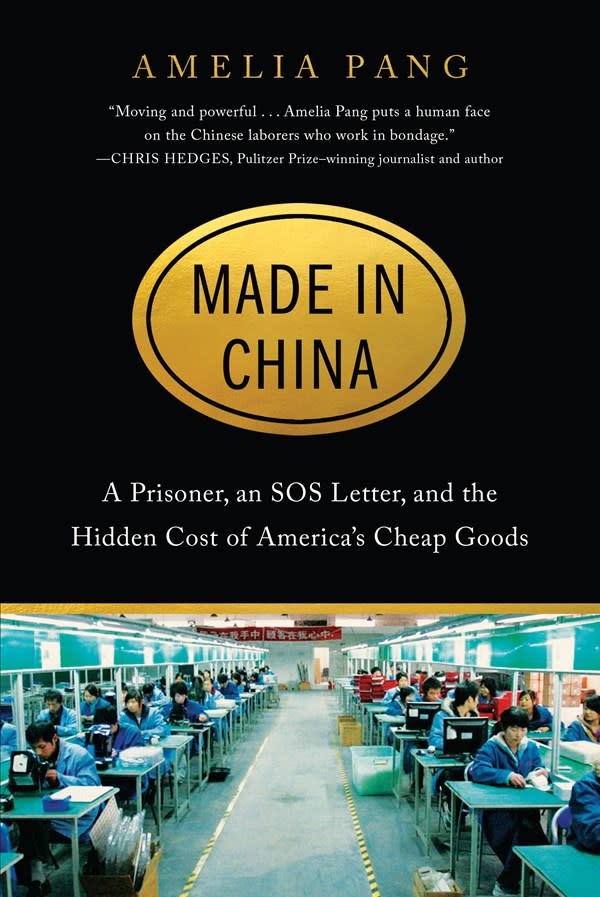 Made in China: A Prisoner, an SOS Letter, & the Hidden Cost of America's Cheap Goods

In 2012, an Oregon mother named Julie Keith opened up a package of Halloween decorations. The cheap foam headstones had been $5 at Kmart, too good a deal to pass up. But when she opened the box, something fell out that she wasn’t expecting: an SOS letter, handwritten in broken English by the prisoner who’d made and packaged the items.

In Made in China, investigative journalist Amelia Pang pulls back the curtain on the labor camps that create the home goods we buy at Kmart, the fast fashion we buy at H&M, and a shocking number of other products besides. The book follows the life of Sun Yi, the Chinese engineer who wrote the note after finding himself a political prisoner, locked in a gulag for joining a forbidden meditation practice and campaigning for the freedom to do so. There he worked alongside petty criminals, civil rights activists, and anyone else the Chinese government decided to “reeducate,” carving foam gravestones and stitching clothing for more than fifteen hours a day.

In chasing this story, journalist Amelia Pang has conducted extensive interviews with Sun Yi and the people who knew him. She also identified and interviewed others who endured similar horrors, and who inflicted them. And she traveled to China to follow falsified supply chains herself, tracking trucks from labor camps to warehouses. The story she uncovers is a call to action, urging the American consumer to ask more questions and demand more answers from the companies they patronize.

Amelia Pang is an award-winning journalist who has written for publications such as Mother Jones and the New Republic. She has covered topics ranging from organic import fraud to the prevalence of sexual violence on Native American reservations. In 2017, the Los Angeles Press Club awarded her first place in investigative journalism for her undercover reporting on the exploitation of smuggled immigrants who are recruited to work in Chinese restaurants. Amelia grew up in a Mandarin-speaking household in Maryland, and holds a BA in literary studies from the New School. She lives near Washington, DC, with her husband, an organic farmer. This is her first book.