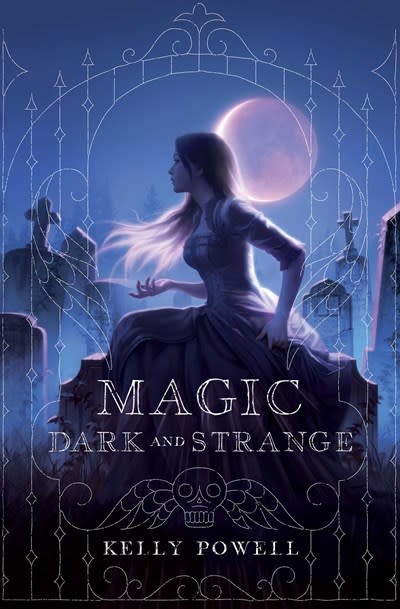 The Bone Witch meets Sherlock Holmes in this thrilling historical fantasy about a girl with the ability to raise the dead who must delve into her city’s dangerous magical underworld to stop a series of murders.

Catherine Daly has an unusual talent. By day she works for a printer. But by night, she awakens the dead for a few precious moments with loved ones seeking a final goodbye. But this magic comes with a price: for every hour that a ghost is brought back, Catherine loses an hour from her own life.

When Catherine is given the unusual task of collecting a timepiece from an old grave, she is sure that the mysterious item must contain some kind of enchantment. So she enlists Guy Nolan, the watchmaker’s son, to help her dig it up. But instead of a timepiece, they find a surprise: the body of a teenage boy. And as they watch, he comes back to life—not as the pale imitation that Catherine can conjure, but as a living, breathing boy. A boy with no memory of his past.

This magic is more powerful than any Catherine has ever encountered, and revealing it brings dangerous enemies. Catherine and Guy must race to unravel the connection between the missing timepiece and the undead boy. For this mysterious magic could mean the difference between life and death—for all of them.

Kelly Powell has a bachelor’s degree in history and book and media studies from the University of Toronto. She currently lives in Ontario. She is the author of Songs from the Deep and Magic Dark and Strange. Visit her online at PowellKelly.com or on Twitter @KellyCPowell.