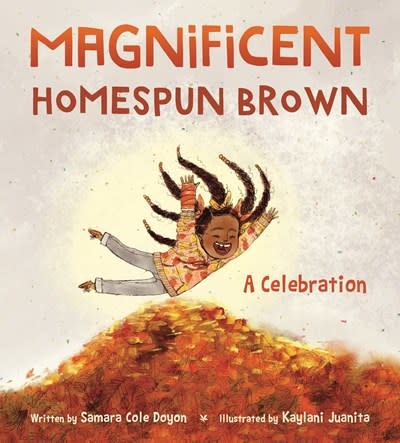 "The definition of brown joy. THESE are the normalizations in stories that we need, unadulterated Black and Brown joy full of self-esteem and confidence..." the tiny activist

Told by a succession of exuberant young narrators, Magnificent Homespun Brown is a story -- a song, a poem, a celebration -- about feeling at home in one’s own beloved skin.

With vivid illustrations by Kaylani Juanita, Samara Cole Doyon sings a carol for the plenitude that surrounds us and the self each of us is meant to inhabit.