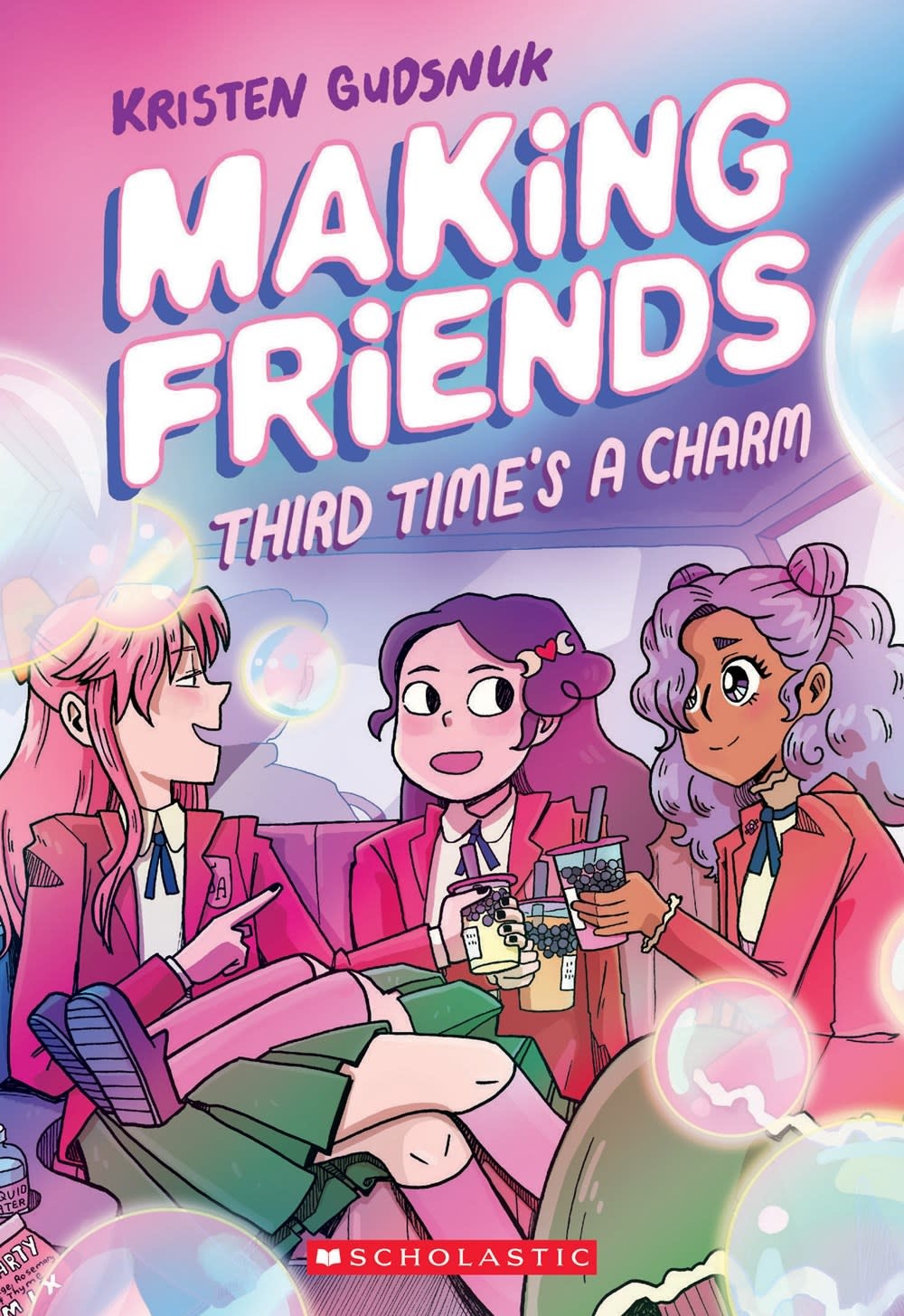 Dany's sketchbook is at it again, but this time it's not Dany's doing!Dany and Madison are living a new reality. Rather than best friends, the pair now believe they are twins -- and that isn't the only part of their lives that has been completely rewritten. Their mom is a novelist, their dad is a rock star, and Dany has suddenly become a diligent student. But things don't seem to be adding up. Dany and Madison start sleuthing and discover that someone has drastically altered the universe! Can the pair put things back the way they were, or is this magic beyond their control?

Kristen Gudsnuk is the creator of the comic series Henchgirl, and the illustrator of the book series VIP by Jen Calonita. In her spare time she performs with the band Sally. Kristen learned everything she knows about art and life from Sailor Moon, X-Men, and Animorphs. This is the sequel to her debut book for Graphix, Making Friends. She lives in New York City with her supportive dog and loyal boyfriend.