Home » Marcy and the Riddle of the Sphinx (Paperback) 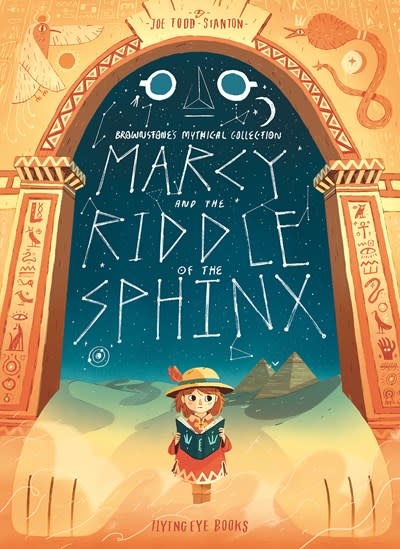 Marcy and the Riddle of the Sphinx (Paperback)

Now available in paperback, kids will love this exciting excavation of ancient Egyptian myths as they follow along with the clever Marcy on a quest to save her dad from the belly of the sphinx!

Many years have passed since the tale of Arthur and the Golden Rope, and Arthur is now a world-famous adventurer. If only his daughter Marcy shared his enthusiasm for exploration. Determined to bring out Marcy’s adventurous side, Arthur sets off to Egypt to bring back the legendary Book of Thoth. When Arthur doesn’t return, Marcy must follow in his footsteps. Can she overcome her fears and rescue her father from the clutches of the great Sphinx?

Series Overview: Welcome to the world of the fabulous Brownstone’s Mythical Collection. Each book follows the story of one of the Brownstone family members as they explore a world influenced by cultural myths. Arthur and the Golden Rope explores the world of Viking gods, Marcy and the Riddle of the Sphinx encounters Egyptian mythology, and Kai and the Monkey King takes us on an adventure into Chinese lore.

Joe Todd-Stanton grew up in Brighton and was taught to draw by his mother, who is also an illustrator. He studied at UWE Bristol, receiving a first class degree in Illustration. Stanton has been commissioned to work for clients such as Oxford University Press, Usborne Publishing and Aquila magazine. His first picture book, Arthur and the Golden Rope, was published by Flying Eye Books in 2016.