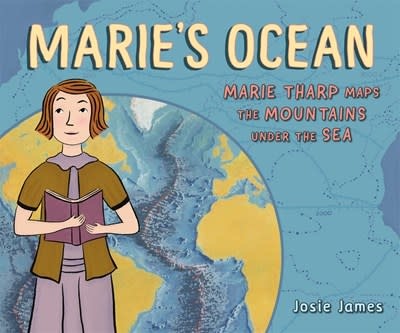 Marie's Ocean: Marie Tharp Maps the Mountains Under the Sea

Born in 1925, Marie Tharp came of age at a time when academic careers were largely unavailable to women. She earned her degree in geology in the 1940s, at which point women accounted for a small percentage of all Earth science degrees. Marie’s vision and tenacity paved the way for her to make one of the most impactful discoveries of the 20th century: She created the first scientific chart of the Atlantic Ocean floor—a 40,000-mile-long map that confirmed the theories of plate tectonics and continental drift.

From Tharp’s early childhood dreams all the way to her defining achievement, this is the story of one of Earth science’s greatest hidden figures. For fans of Counting on Katherine and Spring After Spring.