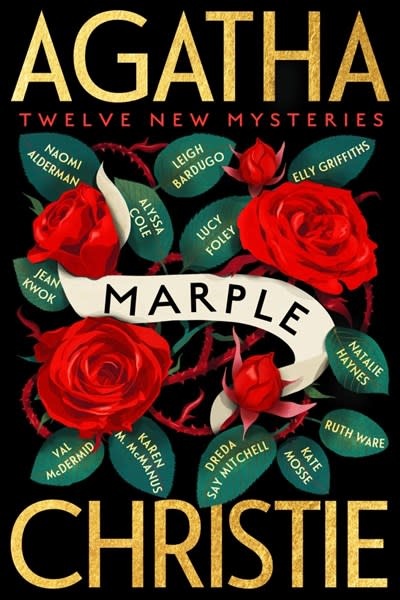 This collection of a dozen original short stories, all featuring Jane Marple, will introduce the character to a whole new generation. Each author reimagines Agatha Christie’s Marple through their own unique perspective while staying true to the hallmarks of a traditional mystery.Naomi AldermanLeigh BardugoAlyssa ColeLucy FoleyElly GriffithsNatalie HaynesJean KwokVal McDermidKaren M. McManusDreda Say MitchellKate MosseRuth WareMiss Marple was first introduced to readers in a story Agatha Christie wrote for The Royal Magazine in 1927 and made her first appearance in a full-length novel in 1930’s The Murder at the Vicarage. It has been 45 years since Agatha Christie’s last Marple novel, Sleeping Murder, was published posthumously in 1976, and this collection of ingenious new stories by twelve Christie devotees will be a timely reminder why Jane Marple remains the most famous fictional female detective of all time.

Agatha Christie is the most widely published author of all time, outsold only by the Bible and Shakespeare. Her books have sold more than a billion copies in English and another billion in a hundred foreign languages. She died in 1976, after a prolific career spanning six decades.