Home » Marrying the Ketchups: A novel 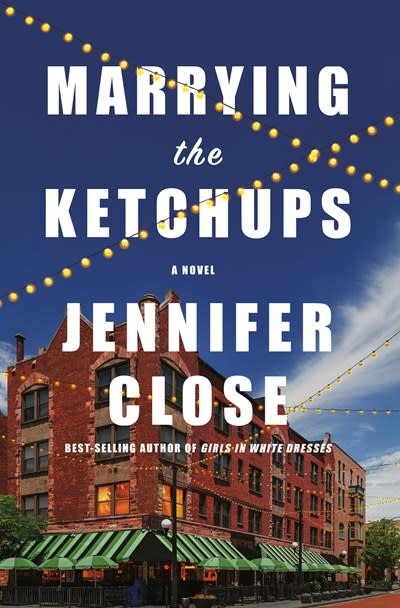 Marrying the Ketchups: A novel

An irresistible comedy of manners about three generations of a Chicago restaurant family and the private jokes, ancient grudges, broken hearts, and deep, abiding love that feeds them all.

Here are the three things the Sullivan family knows to be true: The Chicago Cubs will always be the underdogs; historical progress is inevitable; and their grandfather, Bud, founder of JP Sullivan’s, will always make the best burgers in Oak Park. But when, over the course of three strange months, the Cubs win the World Series, Trump is elected president, and Bud drops dead, everyone in the family finds themselves suddenly doubting all they hold dear.

Take, for example: Gretchen, lead singer for a 90s cover band, who has been flirting with fame for a decade, but beginning to wonder if she’s too old to be chasing a childish dream. Or Jane, Gretchen’s older sister, whose husband has become obsessed with fitness, is suddenly working late, and hiding the screen of his phone. Is he having an affair? Would he be so obvious about it if he were? And Teddy, their steadfast, unfailingly good cousin, is nursing heartbreak and confusion—his boyfriend dumped him but keeps showing up for lunch at JP Sullivan’s, where Teddy is the manager. How can any of them be expected to make the right decisions when the world feels sideways—and the bartender at JP Sullivan’s makes such strong cocktails?

A novel both outrageously funny and perfectly timely, Marrying the Ketchups is a delicious confection by one of our most beloved authors.

JENNIFER CLOSE is the best-selling author of Girls in White Dresses, The Smart One, and The Hopefuls. Born and raised on the North Shore of Chicago, she is a graduate of Boston College and received her M.F.A. in Fiction Writing from the New School in 2005. She now lives in Washington, DC, and teaches creative writing at Catapult.