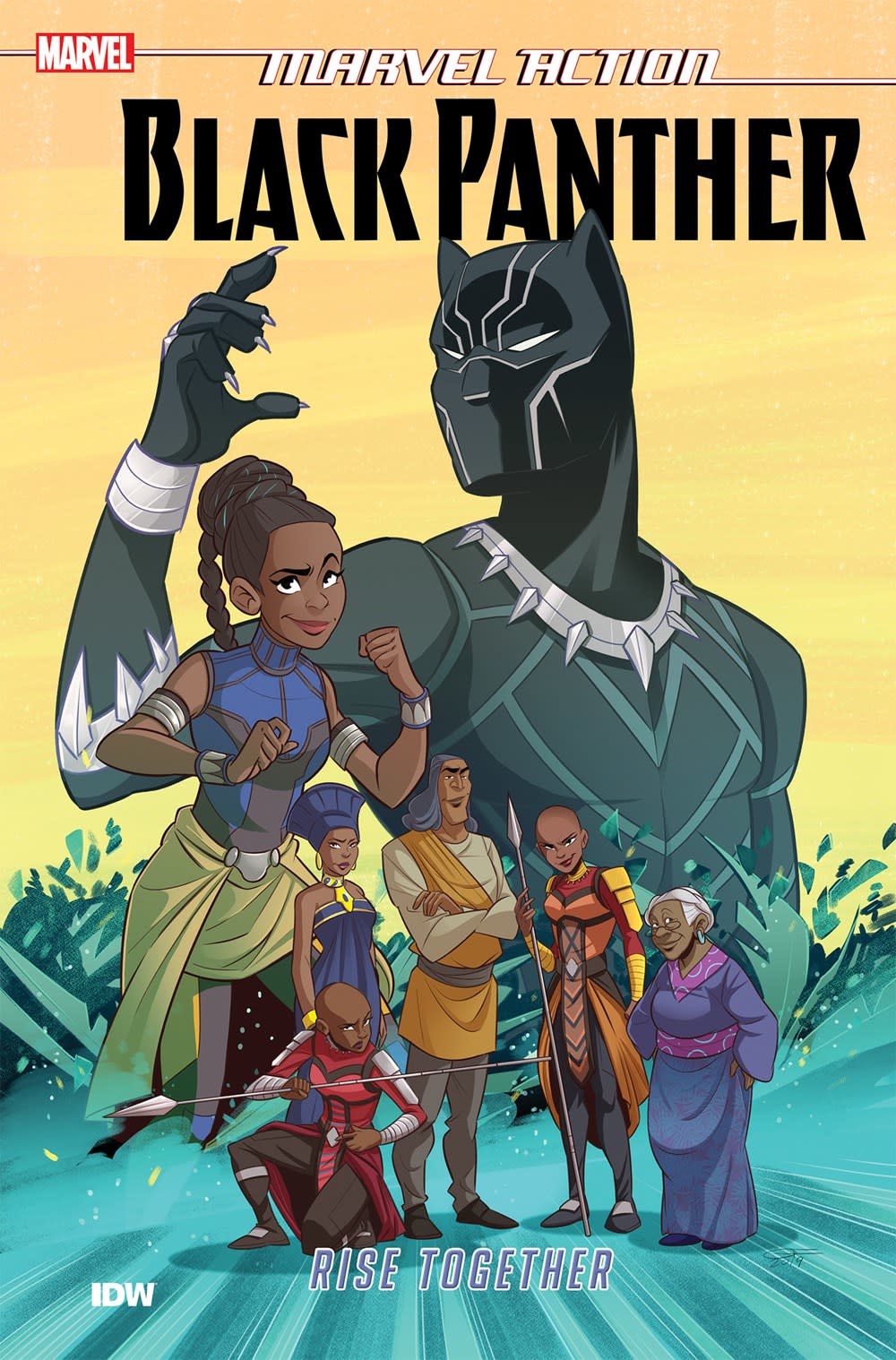 Follow the adventures of T’Challa, the Black Panther, his sister Shuri and the fantastic citizens of Wakanda in these middle-grade friendly adventures!

Every ten years, Wakanda’s ruler trades places with one of their subjects to gain perspective on their kingdom. T’Challa’s turn has come, and while working in a Vibranium refinery, he uncovers a plot to sell the priceless metal on the black market. Plus, when one of the Black Panther’s advisers suffers an injury during an attack, the adviser requests the aid of a traditional healer over modern medicine. Shuri scoffs at the idea, but soon a curse forces her on an epic quest.

Everything is all set for a policital summit and the Wakandan Scientific Conference. T’Challa and Shuri are ready to showcase their achievements to the world. But of course, where there are important people and expensive technology, all sorts of evildoers are liable to turn up. Collects issues #4-6 of the Marvel Action: Black Panther series.

Vita Ayala is a queer Afro-Latinx writer out of New York City, where they live with their wife and cat sons. They have written for DC, Dark Horse, Image, and Valiant Comics, and have creator-owned work through Black Mask Studios (The Wilds) and Vault Comics (Submerged). They’re non-stop, like Hamilton!