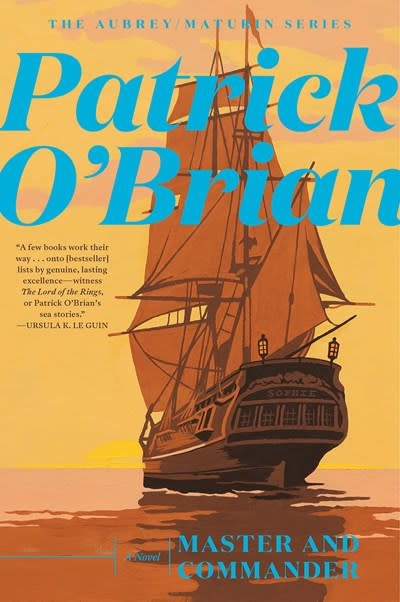 Ardent, gregarious British naval officer Jack Aubrey is elated to be given his first appointment as commander: the fourteen-gun ship HMS Sophie. Meanwhile—after a heated first encounter that nearly comes to a duel—Aubrey and a brilliant but down-on-his-luck physician, Stephen Maturin, strike up an unlikely rapport. On a whim, Aubrey invites Maturin to join his crew as the Sophie’s surgeon. And so begins the legendary friendship that anchors this beloved saga set against the thrilling backdrop of the Napoleonic Wars.Through every ensuing adventure on which Aubrey and Maturin embark, from the witty parley of their lovers and enemies to the roar of broadsides as great ships close in battle around them, O’Brian “provides endlessly varying shocks and surprises—comic, grim, farcical and tragic.… [A] whole, solidly living world for the imagination to inhabit” (A. S. Byatt).

One of our greatest contemporary novelists, Patrick O'Brian is the author of the twenty volumes of the best-selling Aubrey/Maturin series, as well as many other books, including Testimonies, The Golden Ocean, The Unknown Shore, and biographies of Joseph Banks and Picasso.