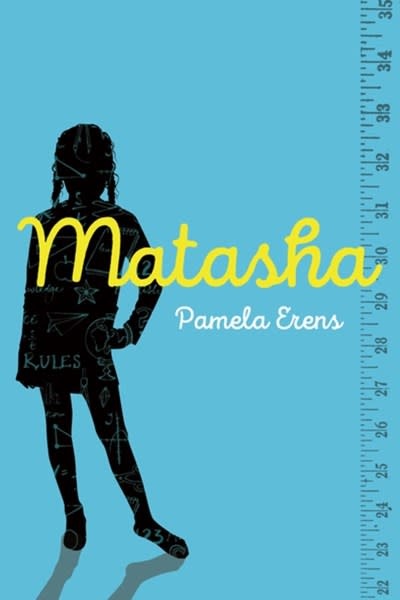 It’s 1970’s Chicago. Eleven-year-old Matasha Wax is in the sixth grade and just starting to feel the pressures of growing up. Her best friend Jean has been blowing her off, while her parents are in a standoff over her mother's desire to adopt a refugee from Vietnam. And while the bullies in school have started to grow breasts and inches, Matasha remains a puny four-foot-four – which means she will need growth hormone shots, and she is terrified of needles. Apart from her daily reading of the advice columns in the newspaper, keeping up with the Patty Hearst and Watergate scandals, and tracking her parents’ deteriorating marriage, Matasha is fixated by the story of Martin Kimmel, a nine-year-old boy who disappeared a few months ago, and whose body has yet to be found. But none of these ongoing problems could have prepared Matasha for her mother’s sudden disappearance. When the letters start coming from Switzerland, she knows something is very, very wrong – but no one will tell her what’s going on, so Matasha has to figure it all out for herself. A tale of growing up and growing apart, Matasha is a poignant look at resilience in the face of adolescent loneliness, divorce, bullying and slow development. Pamela Erens has crafted an intimate novel for readers who loved My Jasper June by Laurel Snyder, The Line Tender by Kate Allen, and Some Places More Than Others by Renee Watson.

Pamela Erens's most recent novel, Eleven Hours, was named a Best Book of 2016 by NPR, The New Yorker, Kirkus, Literary Hub, Entropy, and the Irish Independent. It received starred reviews from Kirkus, Publishers Weekly, and Library Journal, and was lauded by publications ranging from The New York Times and The Wall Street Journal to Book Riot and The Millions. Pamela's second novel, The Virgins, was a New York Times Book Review and Chicago Tribune Editors' Choice and was named a Best Book of 2013 by The New Yorker, The New Republic, Library Journal, and Salon. The novel was a finalist for the John Gardner Book Award for the best book of fiction published in 2013. Pamela's short fiction, reviews, and essays have appeared in a wide variety of literary, cultural, and mainstream publications, including The New York Times, Slate, Vogue, Elle, Virginia Quarterly Review, Los Angeles Review of Books, Tin House, and The Millions, and in the anthologies Visiting Hours, The House That Made Me, and Why I Like This Story. Her piece "Crave" received a Notable Essay citation in Best American Essays 2016. Pamela is the recipient of fellowships from the Bread Loaf Writers' Conference, the Wesleyan Writers Conference, and the Sewanee Writers' Conference. She received the fourth annual 2017 Maplewood Literary Award, previously won by Paul Auster and Dan Barry. Pamela has taught or lectured at Middlebury College, Tin House, Wesleyan Writers Workshop, the Word Cafe series, Centenary College, The Center for Fiction, and Siena College, and has been a visiting writer at the University of Chicago.