Home » Max and the Midknights: Battle of the Bodkins 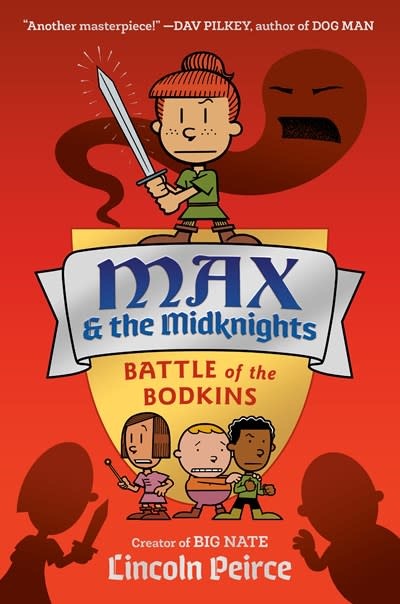 Max and the Midknights: Battle of the Bodkins

Max takes on knight school in the hilarious sequel to the New York Times bestselling illustrated novel Max and the Midknights, from the author of the Big Nate series!

Max didn’t expect knight school to be so tough. Luckily, she has her best friends—the Midknights—at her side. But when Byjovia is under attack, the Midknights will have to face beastly creatures, powerful spells, and their gretest foe yet—themselves?

Lincoln Peirce is a New York Times bestselling author and cartoonist. His comic strip Big Nate appears in over 400 newspapers worldwide and online at gocomics.com/bignate. In 2010, he began a series of illustrated novels based on the strip, introducing Nate and his classmates and teachers to a new generation of young readers. In the past seven years, sixteen million Big Nate books have been sold.

The New York Times bestselling Max and the Midknights originated as an unfinished spoof of sword and sorcery tales. Returning to the idea years later, Lincoln rewrote the story around Max, a ten-year-old apprentice troubadour who dreams of becoming a knight.

When he is not writing or drawing, Lincoln enjoys playing ice hockey, doing crossword puzzles, and hosting a weekly radio show devoted to vintage country music. He and his wife, Jessica, have two children and live in Portland, Maine. 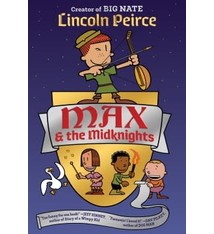 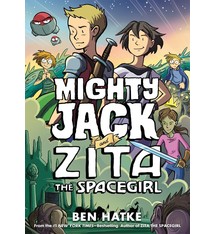 Mighty Jack and Zita the Spacegirl 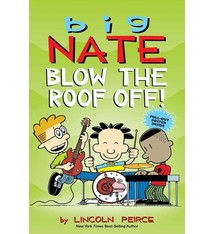 Big Nate: Blow the Roof Off! 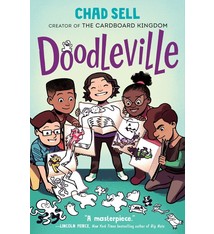 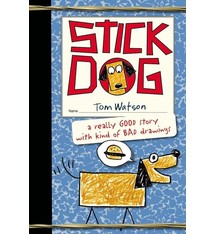 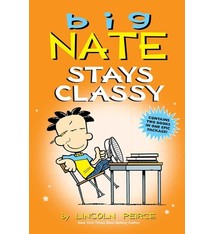