Home » Maya and the Rising Dark 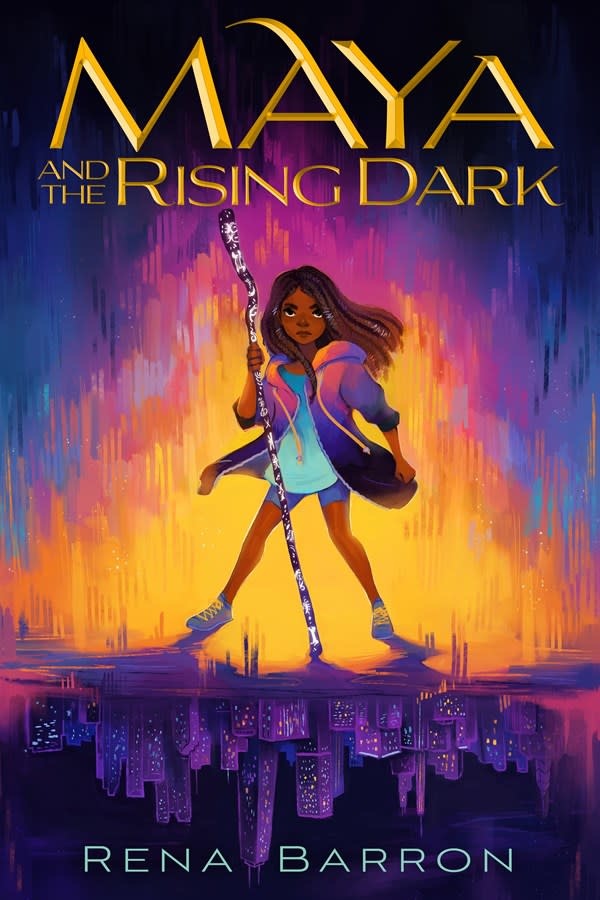 Maya and the Rising Dark

In this highly anticipated contemporary fantasy, twelve-year-old Maya’s search for her missing father puts her at the center of a battle between our world, the Orishas, and the mysterious and sinister Dark world. Perfect for fans of Aru Shah and the End of Time and The Serpent’s Secret.

Twelve-year-old Maya is the only one in her South Side Chicago neighborhood who witnesses weird occurrences like werehyenas stalking the streets at night and a scary man made of shadows plaguing her dreams. Her friends try to find an explanation—perhaps a ghost uprising or a lunchroom experiment gone awry. But to Maya, it sounds like something from one of Papa’s stories or her favorite comics.

When Papa goes missing, Maya is thrust into a world both strange and familiar as she uncovers the truth. Her father is the guardian of the veil between our world and the Dark—where an army led by the Lord of Shadows, the man from Maya’s nightmares, awaits. Maya herself is a godling, half orisha and half human, and her neighborhood is a safe haven. But now that the veil is failing, the Lord of Shadows is determined to destroy the human world and it’s up to Maya to stop him. She just hopes she can do it in time to attend Comic-Con before summer’s over.

Rena Barron grew up in small-town Alabama where stories of magic and adventure sparked her imagination. After penning her first awful poem in middle school, she graduated to writing short stories and novels by high school. Rena loves all things science fiction, ghosts, and superheroes. She's a self-proclaimed space nerd. When she's not writing, she can be found reading or brushing up on her French. Follow her at @renathedreamer and renabarron.com.