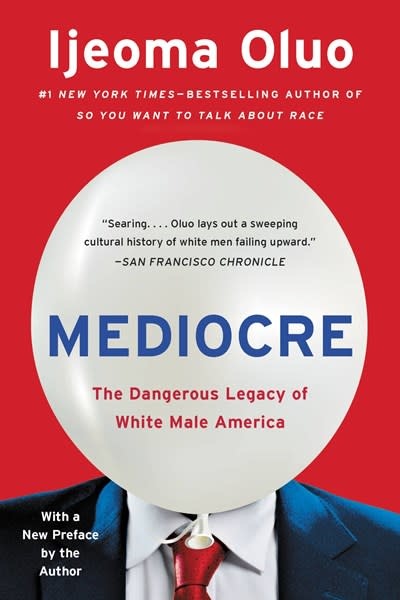 From the author of the smash hit #1  New York Times  bestseller  So You Want to Talk About Race, an  “illuminating” (New York Times Book Review) history of white male identity in America  What happens to a country that tells generations of white men that they deserve power? What happens when their identity is defined by status over women and people of color?

Through the last 150 years of American history, Ijeoma Oluo exposes the devastating consequences of white male supremacy. She then envisions a new white male identity, one free from racism and sexism.

Now with a new preface addressing the harrowing 2021 Capitol attack, Mediocre confronts our founding myths, in hopes that we will write better stories for future generations.

Ijeoma Oluo is the author of the #1 New York Times bestselling book So You Want to Talk About Race. She is a writer and speaker whose work on race has been featured in the New York Times and the Washington Post. She was named to the 2021 Time 100 Next list, has twice been named to The Root 100, and received the Harvard Humanist of the Year award. She lives in Seattle, Washington.