Home » Megabat: Is a Fraidybat 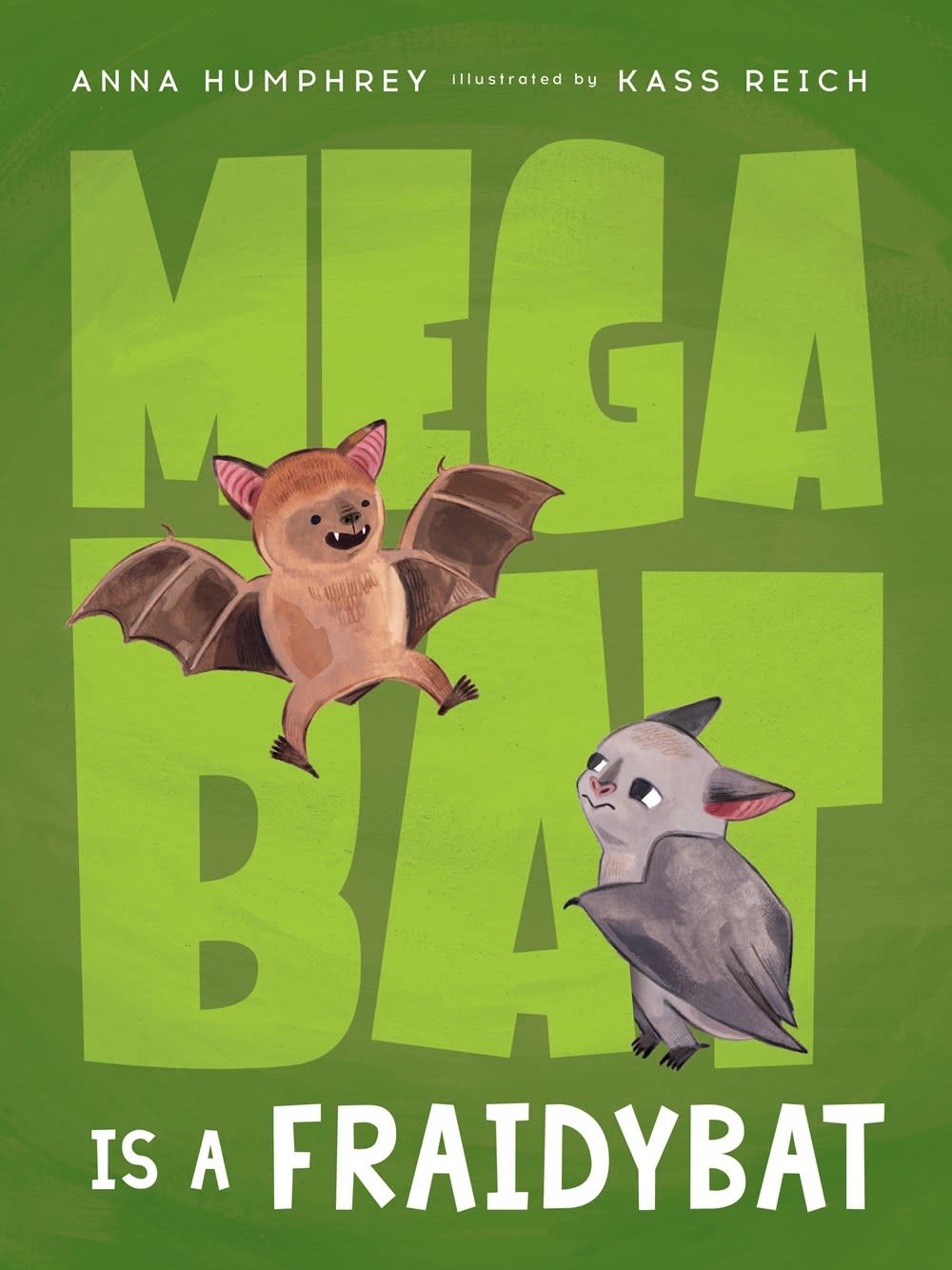 Megabat and his best friend, Daniel, go to sleepaway camp for the first time. Another hilarious chapter book in this laugh-out-loud series for fans of Dory Fantasmagory and Narwhal and Jelly.

Daniel is not so sure about going to camp. There will be bugs. And uncomfortable beds. And leeches!

Megabat can’t WAIT to go to camp! There will be so much smooshfruit, and he loves a good sing-along.

Daniel starts to think camp isn’t so bad. He’s made friends, and his bed isn’t THAT uncomfortable.

Megabat has made a new friend too. But his new friend wants him to go flying to spooky caves. And her mom is very toothy.

As Daniel is getting into the swing of things and starting to enjoy camp, Megabat is getting himself into one tangle after another to avoid going into the scary woods. But can Megabat overcome his fears to help save his new friend? Kass Reich’s adorable illustrations paired with Anna Humphrey’s hilarious text make for another unforgettable Megabat adventure, one that will appeal to Megabat fans and newcomers!

Series Overview: MEGABAT: A series of chapter books about an adorable bat and his new best friend, Daniel.

KASS REICH was born in Montreal, Quebec. She works as an artist and educator and has spent the majority of the last decade traveling and living abroad. She now finds herself back in Canada, but this time in Toronto. Kass loves illustrating books for all ages, including Megabat, Megabat and Fancy Cat, Sergeant Billy, Carson Crosses Canada, Hamsters Holding Hands and Dr. Coo and the Pigeon Protest.