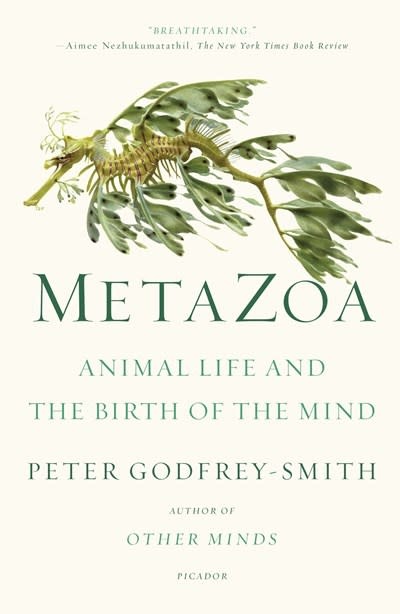 In his acclaimed 2016 book Other Minds, the philosopher and scuba diver Peter Godfrey-Smith explored the mind of the octopus—the closest thing to an intelligent alien on Earth, as he put it. In Metazoa, Godfrey-Smith expands his inquiry to animals at large, investigating the evolution of subjective awareness with the assistance of the far-flung species he has met undersea. Combining vivid animal encounters with philosophical reflections and the latest news from biology, Metazoa reveals that even in our high-tech, AI-driven times, there is no understanding minds without understanding nerves, muscles, and our active bodies. The result is a story as rich and vibrant as life itself, one that explains the mystery of animal consciousness in accessible and riveting prose.

Peter Godfrey-Smith is a professor in the School of History and Philosophy of Science at the University of Sydney. He is the author of the bestselling Other Minds: The Octopus, the Sea, and the Deep Origins of Consciousness, which has been published in more than twenty languages. He is also the author of four other books, including Theory and Reality: An Introduction to the Philosophy of Science and Darwinian Populations and Natural Selection, which won the 2010 Lakatos Award.