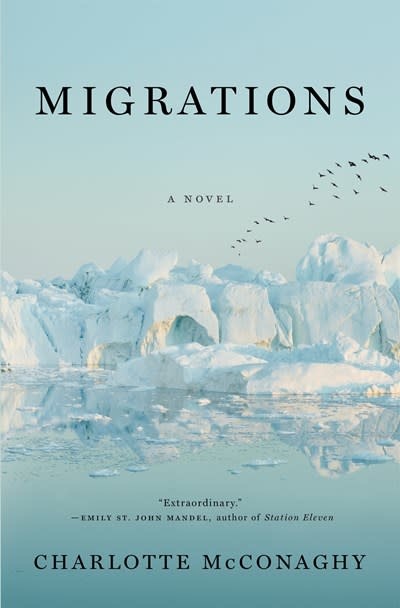 For readers of Station Eleven and Everything I Never Told You, a debut novel set on the brink of catastrophe, as a young woman chases the world’s last birds—and her own final chance for redemption.

A will is a powerful thing, and mine has been called terrible.

Franny Stone has always been a wanderer. By following the ocean’s tides and the birds that soar above, she can forget the losses that have haunted her life. But when the wild she so loves begins to disappear, Franny can no longer wander without a destination. She arrives in remote Greenland with one purpose: to find the world’s last flock of Arctic terns and follow them on their final migration. She convinces Ennis Malone, captain of the Saghani, to take her onboard, winning over his salty, eccentric crew with promises that the birds she is tracking will lead them to fish.

As the Saghani fights its way south, Franny’s new shipmates begin to realize that the beguiling scientist in their midst is not who she seems. Battered by night terrors, accumulating a pile of unsent letters to her husband, and dead set on following the terns at any cost, Franny is full of dark secrets. When the story of her past begins to unspool, Ennis and his crew must ask themselves what Franny is really running toward—and running from.

Propelled by an unreliable narrator as fierce and fragile as the terns she is following, Migrations is a shatteringly beautiful ode to the wild places and creatures now threatened. But at its heart, it is about the lengths we will go, to the very edges of the world, for the people we love.

Charlotte McConaghy is an author and screenwriter based in Sydney, Australia. Migrations is her U.S. debut.