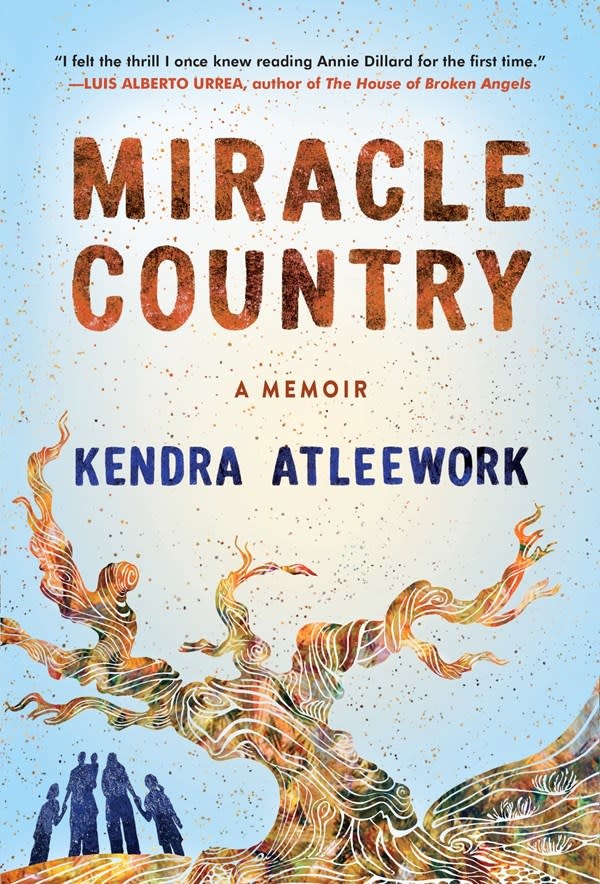 “Blending family memoir and environmental history, Kendra Atleework conveys a fundamental truth: the places in which we live, live on—sometimes painfully—in us. This is a powerful, beautiful, and urgently important book.”

Kendra Atleework grew up in Swall Meadows, in the Owens Valley of the Eastern Sierra Nevada, where annual rainfall averages five inches and in drought years measures closer to zero.

Kendra’s parents taught their children to thrive in this beautiful, if harsh, landscape, prone to wildfires, blizzards, and gale-force winds. Above all, they were raised on unconditional love and delight in the natural world. After Kendra’s mother died of a rare autoimmune disease when Kendra was just sixteen, however, her once beloved desert world came to feel empty and hostile, as climate change, drought, and wildfires intensified. The Atleework family fell apart, even as her father tried to keep them together. Kendra escaped to Los Angeles, and then Minneapolis, land of tall trees, full lakes, water everywhere you look.

But after years of avoiding her troubled hometown, she realized that she needed to come to terms with its past and present and had to go back. Miracle Country is a moving and unforgettable memoir of flight and return, emptiness and bounty, the realities of a harsh and changing climate, and the true meaning of home. For readers of Cheryl Strayed, Terry Tempest Williams, and Rebecca Solnit, this is a breathtaking debut by a remarkable writer.

Kendra Atleework received her MFA in creative writing from the University of Minnesota, Minneapolis. An essay that formed the basis for a chapter of Miracle Country was selected for The Best American Essays 2015. She is the recipient of the Ellen Meloy Desert Writers Award and the AWP Intro Journals Project Award.