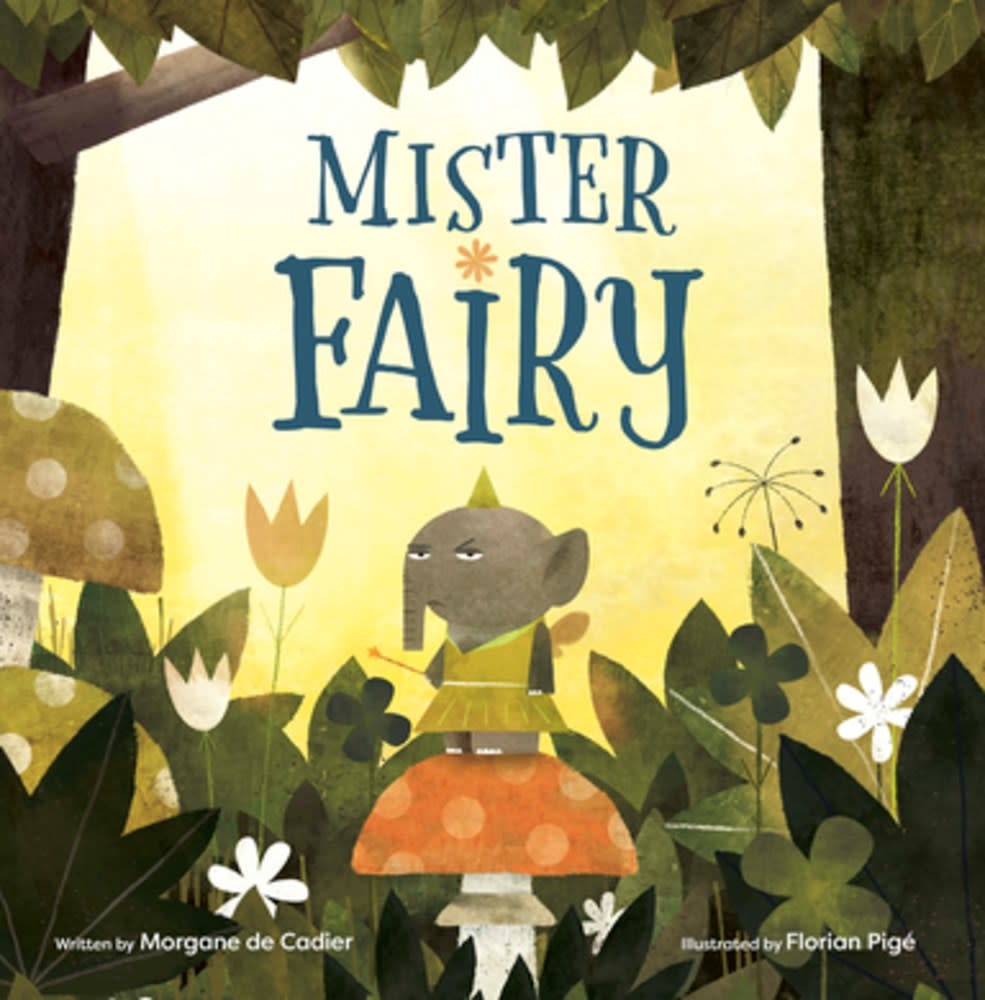 Mister Fairy is not like other fairies; try as he might, he has not yet found his own special talent.In fact, all the animals laugh when he tries to copy what the other fairies do. So, Mister Fairy travels far from his forest home to another place where, almost by accident, he discovers and shares his special gift.Sometimes your talent is hiding in plain sight, it just takes the right time and place to reveal what was there all along. Mister Fairy is a touching, humorous story about fitting in, self-discovery, and finding one’s place in the world.

Morgane de Cadier trained in technical drawing at the Emile Cohl School in Lyon, France. She decided to follow her passion for writing and telling stories and, in 2015, her first book, Tout La-Hout, was published. The illustrator was Florian Pigé. She has since written six more picture books including Mister Fairy. Florin Pigé has illustrated all but one of her books. She continues to enjoy writing and drawing. Morgane de Cadier lives in Lyon, France.Forian Pigé attended the Emile Cohl school in Lyon, France, where he studied illustration. His passion for children's literature grew from his diploma studies where he learned to tell story with writing and illustration. In his creative approach he pays careful attention to small details and uses simplified forms . He derives inspiration from artists such as, Mary Blair, Eyvind Earle, Jon Klassen, Benjamin Flouw, Simone Read, Yvan Duqe, Philip Giordano. Marta Altès, Emily Hughes, and Benjamin Chaud.