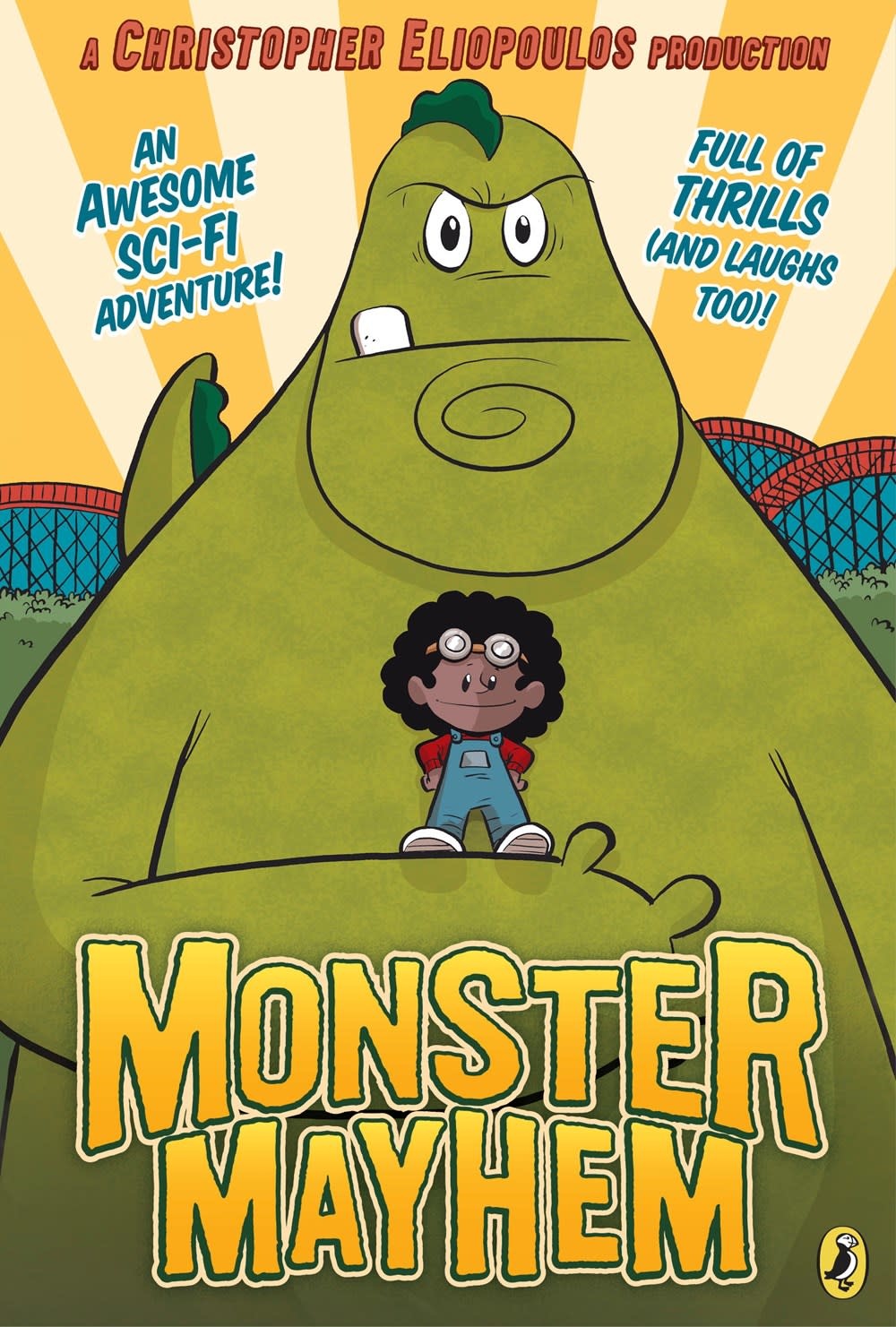 In this funny, action-packed graphic novel adventure, a science-obsessed girl finds herself in the middle of one of her favorite monster movies. Can she invent her way out of disaster while also saving the monster who has become her friend?

Zoe’s favorite thing to do—besides invent and build robots—is watch classic monster movies. She has never been comfortable with kids her own age, and so she pretends she doesn’t need friends, while inside she’s longing for connection. And then one day, Zoe finds a mysterious ring on her way home from school. She puts it on, gives it a twist, and—FRZAAKK! There’s a massive burst of light! The next morning, a familiar monster appears at Zoe’s window. He’s from one of her favorite kaiju movies, and he likes Zoe—he wants to be her friend. Has her secret wish been fulfilled? But it turns out that Zoe’s ring has brought more than just this friendly monster to life. More monsters have arrived, and they are hungry! Now she’ll need to reach out to other people to help her save her town from destruction. Good thing she’s a robotics genius!

Christopher Eliopoulos began his illustration career at Marvel Comics, and has worked on thousands of comics, including Cosmic Commandos, Franklin Richards: Son of a Genius, Pet Avengers, and Cow Boy, all of which he wrote and illustrated. He is also the illustrator of the New York Times bestselling Ordinary People Change the World series. He lives in New Jersey with his wife and their identical twin sons (when they’re home from college).