Home » Moon and the Mars: A novel 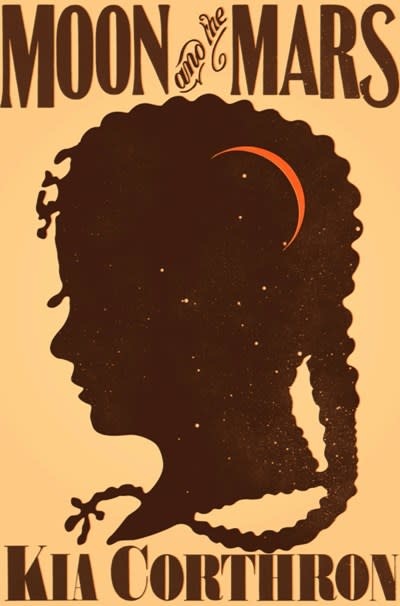 Moon and the Mars: A novel

An exploration of NYC and America in the burgeoning moments before the start of the Civil War through the eyes of a young, biracial girl—the highly anticipated new novel from the winner of the Center for Fiction’s First Novel Prize.

In Moon and the Mars, set in the impoverished Five Points district of New York City in the years 1857-1863, we experience neighborhood life through the eyes of Theo from childhood to adolescence, an orphan living between the homes of her Black and Irish grandmothers. Throughout her formative years, Theo witnesses everything from the creation of tap dance to P.T. Barnum’s sensationalist museum to the draft riots that tear NYC asunder, amidst the daily maelstrom of Five Points work, hardship, and camaraderie. Meanwhile, white America’s attitudes towards people of color and slavery are shifting—painfully, transformationally—as the nation divides and marches to war.

As with her first novel, The Castle Cross the Magnet Carter, which was praised by Viet Thanh Nguyen, Robin D.G. Kelley, and Angela Y. Davis, among many others, Corthron’s use of dialogue brings her characters to life in a way that only an award-winning playwright and scriptwriter can do. As Theo grows and attends school, her language and grammar change, as does her own vocabulary when she’s with her Black or Irish families. It’s an extraordinary feat and a revelation for the reader.

“Moon and the Mars, [Corthron’s] latest masterpiece, is an absorbing story of family and community, of Africans and Irish, of settler and native, of slavery and abolition, of a city and a nation wracked by Civil War and racist violence, of love won and lost.” —Robin D. G. Kelley, author of Thelonious Monk: The Life and Times of an American Original

KIA CORTHRON’s debut fiction, The Castle Cross the Magnet Carter, was the winner of the 2016 Center for Fiction First Novel Prize and a New York Times Book Review Editor’s Choice. She was the 2017 Bread Loaf Shane Stevens Fellow in the Novel. She is also a nationally and internationally produced playwright. For her body of work for the stage, she has garnered the Windham Campbell Prize for Drama, the United States Artists Jane Addams Fellowship, the Flora Roberts Award, the Simon Great Plains Playwright Award, and others. She was born and raised in Cumberland, Maryland, and lives in Harlem, New York City.