Home » Cities of the Weft #1 Mordew 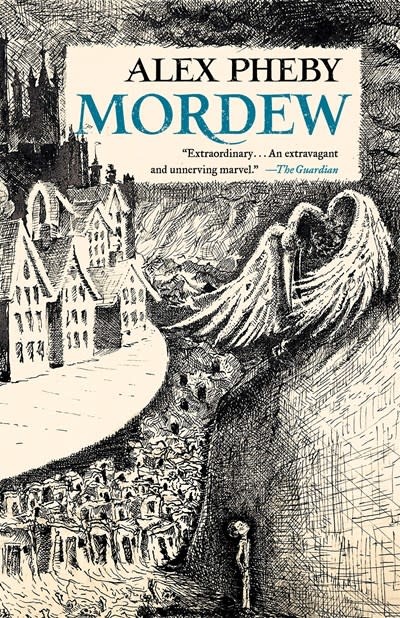 Cities of the Weft #1 Mordew

The launch of an astonishingly inventive epic fantasy trilogy, already widely acclaimed in the UK.

God is dead, his corpse hidden in the catacombs beneath Mordew.

In the slums of the sea-battered city, a young boy called Nathan Treeves lives with his parents, eking out a meagre existence by picking treasures from the Living Mud and the half-formed, short-lived creatures it spawns. Until one day his desperate mother sells him to the mysterious Master of Mordew.

The Master derives his magical power from feeding on the corpse of God. But Nathan, despite his fear and lowly station, has his own strength – and it is greater than the Master has ever known. Great enough to destroy everything the Master has built. If only Nathan can discover how to use it.

So it is that the Master begins to scheme against him – and Nathan has to fight his way through the betrayals, secrets, and vendettas of the city where God was murdered, and darkness reigns.

Alex Pheby’s second novel, Playthings, was shortlisted for the Wellcome Book Prize; his third, Lucia, about the tragic life of James Joyce’s daughter, was the joint winner of 2018’s Republic of Consciousness Prize. Mordew is his fourth novel. Born in Essex, he grew up in Worcester, and now teaches at the University of Greenwich in London.