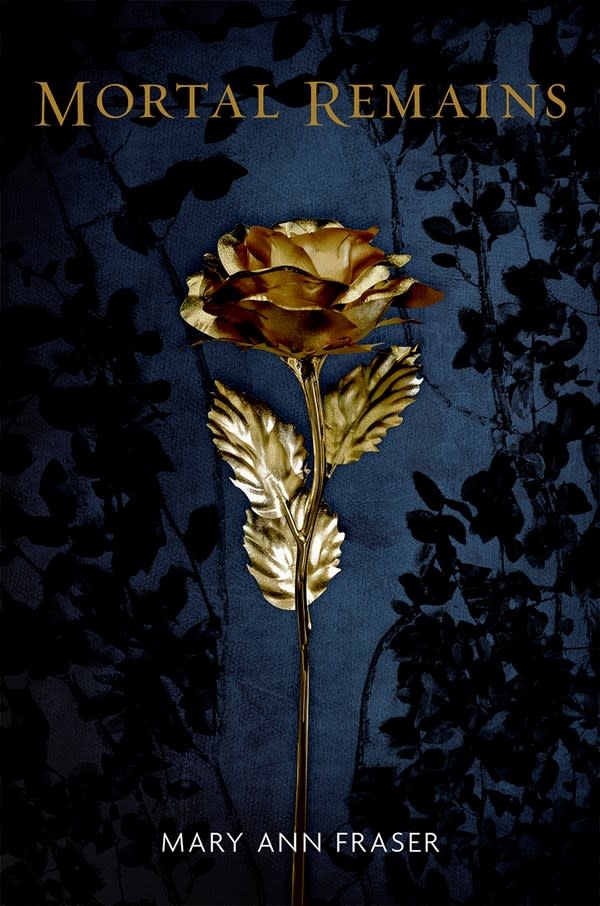 Though her classmates call her Morticia and Ghoul Girl, Lily actually likes her work—the dead are good listeners, and they don't judge. Lily learns their stories, shares her worries with them as she makes up their faces, and embroiders pillows for their final rest. “The way I figure it,” says Lily, “a person's arrival into this world is about as unglamorous as it gets. The least I can do is dignify their departure."

Then, after a mysterious explosion burns down a neighborhood house long the source of weird stories, Lily and her friends poke around in the debris and come across the hatch to an underground vault. Inside, they find an injured teenage boy who has been trapped there for days. He has little memory of his life before the explosion and speaks in an odd, stilted manner that suggests limited interaction with the outside world. Yet the boy, Adam, feels there is something familiar about Lily—and Lily must admit that she feels a strange connection to him as well. Could Adam be the boy who, years ago, protected her from the bullying of a gang of neighborhood kids? But when she finds out that boy died shortly after their encounter, she realizes Adam couldn't be him… could he? Where did Adam come from, anyway? And, most importantly, why was he kept prisoner by his own father?

Within days of the explosion, my night terrors returned with a vengeance.

In them I was falling, always falling, until I heard the crack of bone and woke screaming,

my hair plastered to my sweat-drenched cheeks.

I knew I’d only find peace when I’d put the question of Adam’s fate to rest once and for all.

Award-winning picture-book author-illustrator Mary Ann Fraser makes her YA fiction debut with MORTAL REMAINS. Mary Ann has written and/or illustrated over 60 books for young readers. Mary Ann’s books have been Junior Library Guild Selections, and have been awarded Book Links Book of the Year, IRA Young Readers Choice Award, and American Booksellers’ “Pick of the List.” She is a long-standing member of SCBWI as well as one of its Regional Advisors, and a founding member of the Children’s Authors Network. Publishers Weekly called her recent picture book No YetiI Yet "wintry fun for the cryptozoologically inclined” while Kirkus praised last year’s Graham Bell Answers the Call, saying, "Calling out to history buffs and scientists, this will inspire young inventors.”