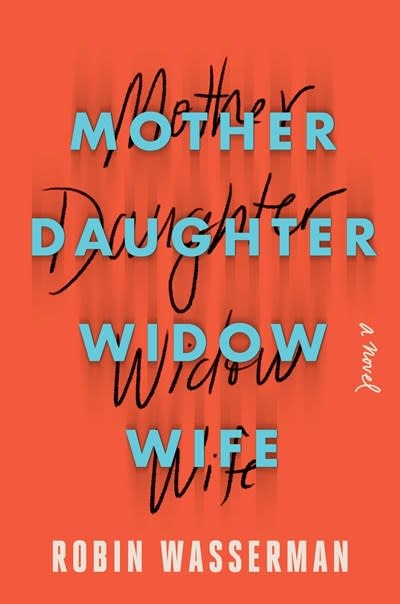 “[An] utterly enthralling piece of music, sharp and soulful and ferociously insightful all at once…This singular, spellbinding novel is…an exploration of identity itself.” —Leslie Jamison, author of The Recovering and Make It Scream, Make It Burn

“Wasserman has a unique gift for describing the turbulent intersection of love and need, hinting that the freedom we seek may only be the freedom to change.” —Liz Phair, author of Horror Stories

From the author of Girls on Fire comes a psychologically riveting novel centered around a woman with no memory, the scientists invested in studying her, and the daughter who longs to understand.

Who is Wendy Doe? The woman, found on a Peter Pan Bus to Philadelphia, has no money, no ID, and no memory of who she is, where she was going, or what she might have done. She’s assigned a name and diagnosis by the state: Dissociative fugue, a temporary amnesia that could lift at any moment—or never at all. When Dr. Benjamin Strauss invites her to submit herself for experimental observation at his Meadowlark Institute for Memory Research, she feels like she has no other choice.

To Dr. Strauss, Wendy is a female body, subject to his investigation and control. To Strauss’s ambitious student, Lizzie Epstein, she’s an object of fascination, a mirror of Lizzie’s own desires, and an invitation to wonder: once a woman is untethered from all past and present obligations of womanhood, who is she allowed to become?

To Alice, the daughter she left behind, Wendy Doe is an absence so present it threatens to tear Alice’s world apart. Through their attempts to untangle the mystery of Wendy’s identity—as well as Wendy’s own struggle to construct a new self—Wasserman has crafted a jaw-dropping, multi-voiced journey of discovery, reckoning, and reclamation.

Searing, propulsive, and compassionate, Mother Daughter Widow Wife is an ambitious exploration of selfhood from an expert and enthralling storyteller.

Robin Wasserman is the author of Girls on Fire, an NPR and BuzzFeed Best Book of the Year. She is a graduate of Harvard College with a Master’s in the history of science. She lives in Los Angeles, where she writes for television.