Home » Much Ado About You: A novel 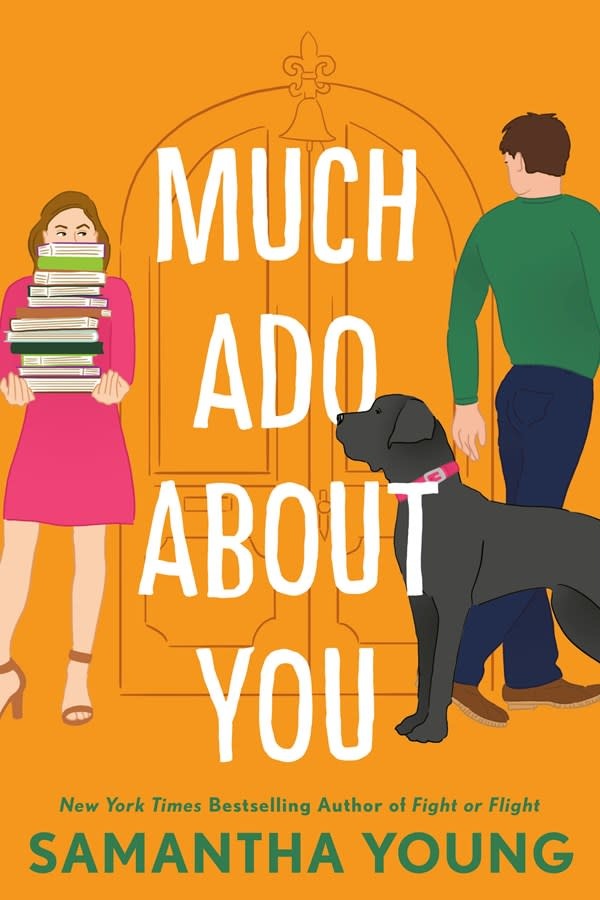 Much Ado About You: A novel

The cozy comforts of an English village bookstore open up a world of new possibilities for Evie Starling in this charming new romantic comedy from New York Times bestselling author Samantha Young.

At thirty-three-years old Evangeline Starling’s life in Chicago is missing that special something. And when she’s passed over for promotion at work, Evie realizes she needs to make a change. Some time away to regain perspective might be just the thing. In a burst of impulsivity, she plans a holiday in a quaint English village. The holiday package comes with a temporary position at Much Ado About Books, the bookstore located beneath her rental apartment. There’s no better dream vacation for the bookish Evie, a life-long Shakespeare lover.

Not only is Evie swept up in running the delightful store as soon as she arrives, she’s drawn into the lives, loves and drama of the friendly villagers. Including Roane Robson, the charismatic and sexy farmer who tempts Evie every day with his friendly flirtations. Evie is determined to keep him at bay because a holiday romance can only end in heartbreak, right? But Evie can’t deny their connection and longs to trust in her handsome farmer that their whirlwind romance could turn in to the forever kind of love.

Samantha Young is the New York Times and USA Today bestselling author of the On Dublin Street series, including Moonlight on Nightingale Way, Echoes of Scotland Street, and Fall from India Place, and the Hart’s Boardwalk series, including Every Little Thing and The One Real Thing, as well as the standalone novels Hero and Fight or Flight.