Home » Show Me History: Muhammad Ali: The Greatest of All Time! 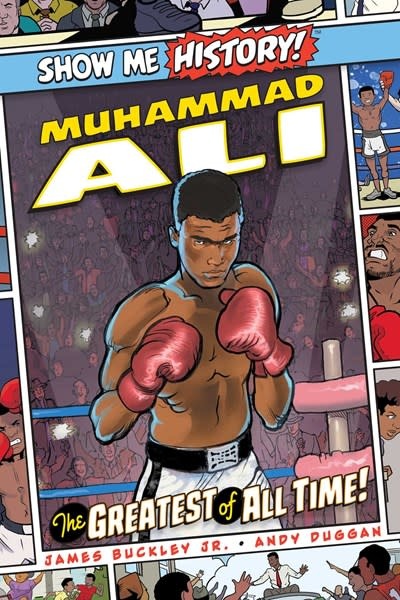 Show Me History: Muhammad Ali: The Greatest of All Time!

Muhammad Ali: The Greatest of All Time! introduces young readers to a sporting icon who was larger than life. Considered to be one of the greatest boxers in history, Muhammad Ali went from a rough childhood in Kentucky to an Olympic gold medalist and world heavyweight boxing champion. Known for his outlandish verbal sparring with opponents, Ali was also a civil rights activist, humanitarian, and philanthropist, who spent much of his post-boxing career helping others despite being affected by Parkinson’s disease. With colorful illustrations and historically accurate text, this entertaining account of Ali’s life will inspire a new generation of readers with the true story of one of America’s greatest athletes.

Andy Duggan is a comic artist from Chattanooga, Tennessee. Along with work published in Image Comics and Action Lab Entertainment, he’s also been featured in multiple projects with Topps and Upper Deck. His Kickstarter book, Black Fin the Barbarian Shark, was funded and published in 2019. Andy has a longtime girlfriend, Ashley, and together they have two cats, Blair and Pandie.