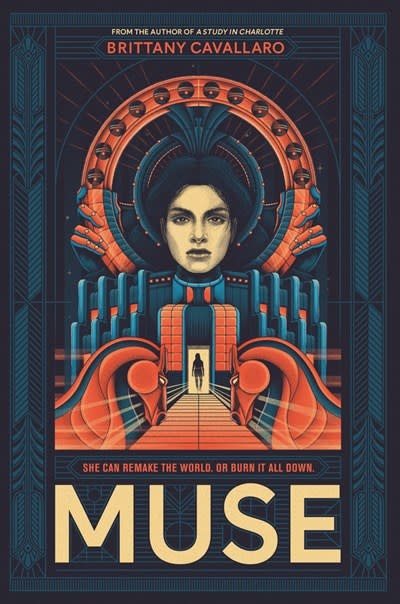 American Royals meets The Winner’s Curse in the first book of a new YA duology from New York Times bestselling author Brittany Cavallaro, set in an alternate history American monarchy where a girl grapples for control of her own life in the middle of a looming war.

The year is 1893, and war is brewing in the First American Kingdom. But Claire Emerson has a bigger problem. While her father prepares to reveal the mighty weapon he’s created to showcase the might of their province, St. Cloud, in the World’s Fair, Claire is crafting a plan to escape.Claire’s father is a sought-after inventor, but he believes his genius is a gift, granted to him by his daughter’s touch. He’s kept Claire under his control for years. As St. Cloud prepares for war, Claire plans to claim her life for herself, even as her best friend, Beatrix, tries to convince her to stay and help with the growing resistance movement that wants to see a woman on the throne. At any cost.When her father’s weapon fails to fire on the fair’s opening day, Claire is taken captive by Governor Remy Duchamp, St. Cloud’s young, untried ruler. Remy believes that Claire’s touch bestows graces he’s never had, and with his governing power weakening and many political rivals planning his demise, Claire might be his only and best ally. But the last thing that Claire has ever wanted is to be someone else’s muse. Still, affections can change as quickly as the winds of war. And Claire has a choice to make: Will she quietly remake her world from the shadows—or bring it down in flames?