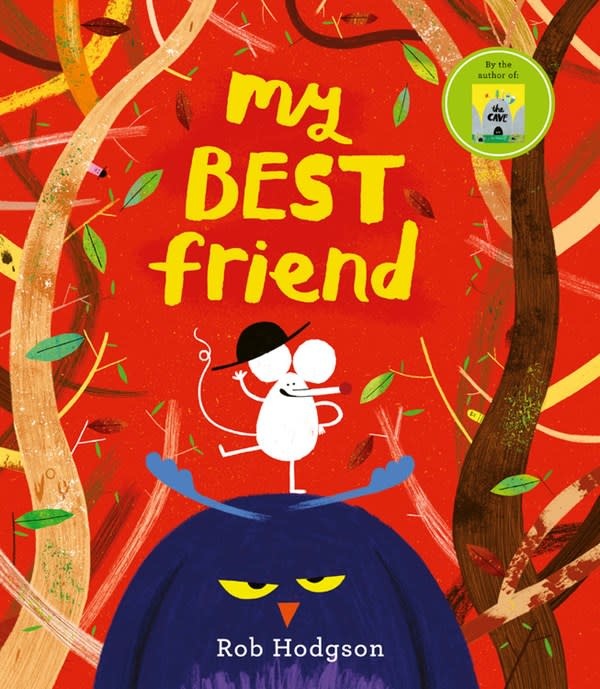 A deliciously dark tale of a mouse and the "best friend" who wants to eat him.

Meet Mouse! Mouse lives in the tree with his best friend . . . Giant Owl. They used to do the most fun stuff imaginable! They’d play chase and Giant Owl would nearly catch Mouse, but not quite. Giant Owl loved Mouse so much that she used to give him as many donuts as he wanted and the most amazing presents, including his own house (a cage)! But then one day something happened, and now Mouse has found himself stuck in a very dark place . . . will his best friend help come to his rescue?

This deliciously dark tale of a mouse and the "best friend" who wants to eat him will delight fans of Rob’s previous books, The Cave and The Woods.

Rob Hodgson was born in a seaside town in the south of England in 1988. He studied Illustration at Plymouth University. Today, he lives in Bristol, UK, where he spends his time making a mess and turning it into illustration projects, quality paper goods and books. His first author-illustrated book, The Cave, was published in 2017 to wide acclaim and has since sold in 10 languages and been chosen for the Booktrust Time to Read Campaign for 2019, meaning it will be distributed to 760,000 schoolchildren in September 2019. The Woods, his second picture book, published in 2019. My Best Friend, his third picture book, will publish in April 2020.