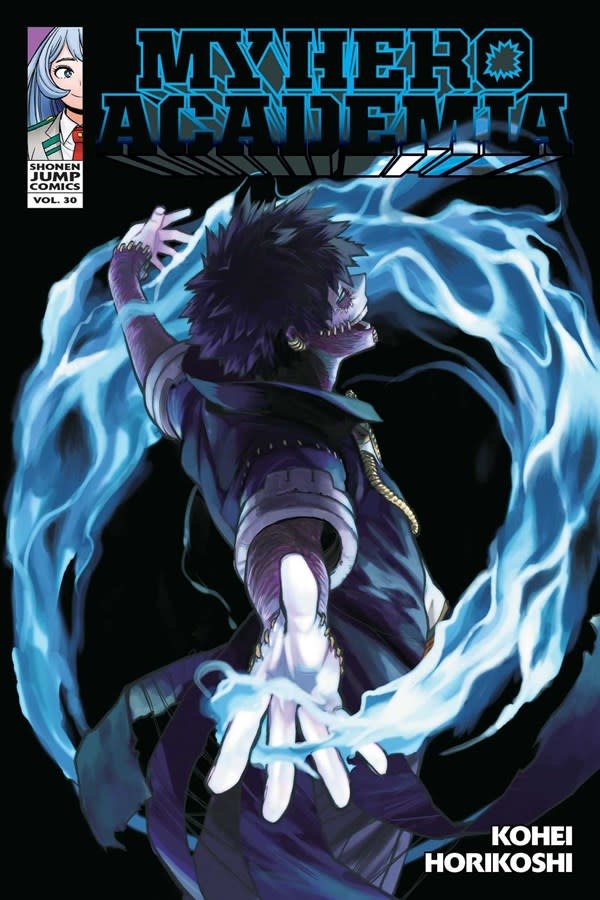 What would the world be like if 80 percent of the population manifested superpowers called “Quirks”? Heroes and villains would be battling it out everywhere! Being a hero would mean learning to use your power, but where would you go to study? The Hero Academy of course! But what would you do if you were one of the 20 percent who were born Quirkless?

Tomura’s battle with Midoriya to steal One For All intensifies. The clash extends into the One For All spirit realm, where the previous users and even All For One join the struggle. While the battle for the ultimate Quirk rages, the other heroes and villains duke it out. Ochaco finds herself taking on Toga, who doesn’t want a fight so much as a heart-to-heart. Then, Dabi finally arrives in Jaku City with a shocking revelation…

Kohei Horikoshi was born in Aichi, Japan, in 1986. He received a Tezuka Award Honorable Mention in 2006, and after publishing several short stories in Akamaru Jump, his first serialized work in Weekly Shonen Jump was Oumagadoki Zoo in 2010. My Hero Academia is his third series in Weekly Shonen Jump.