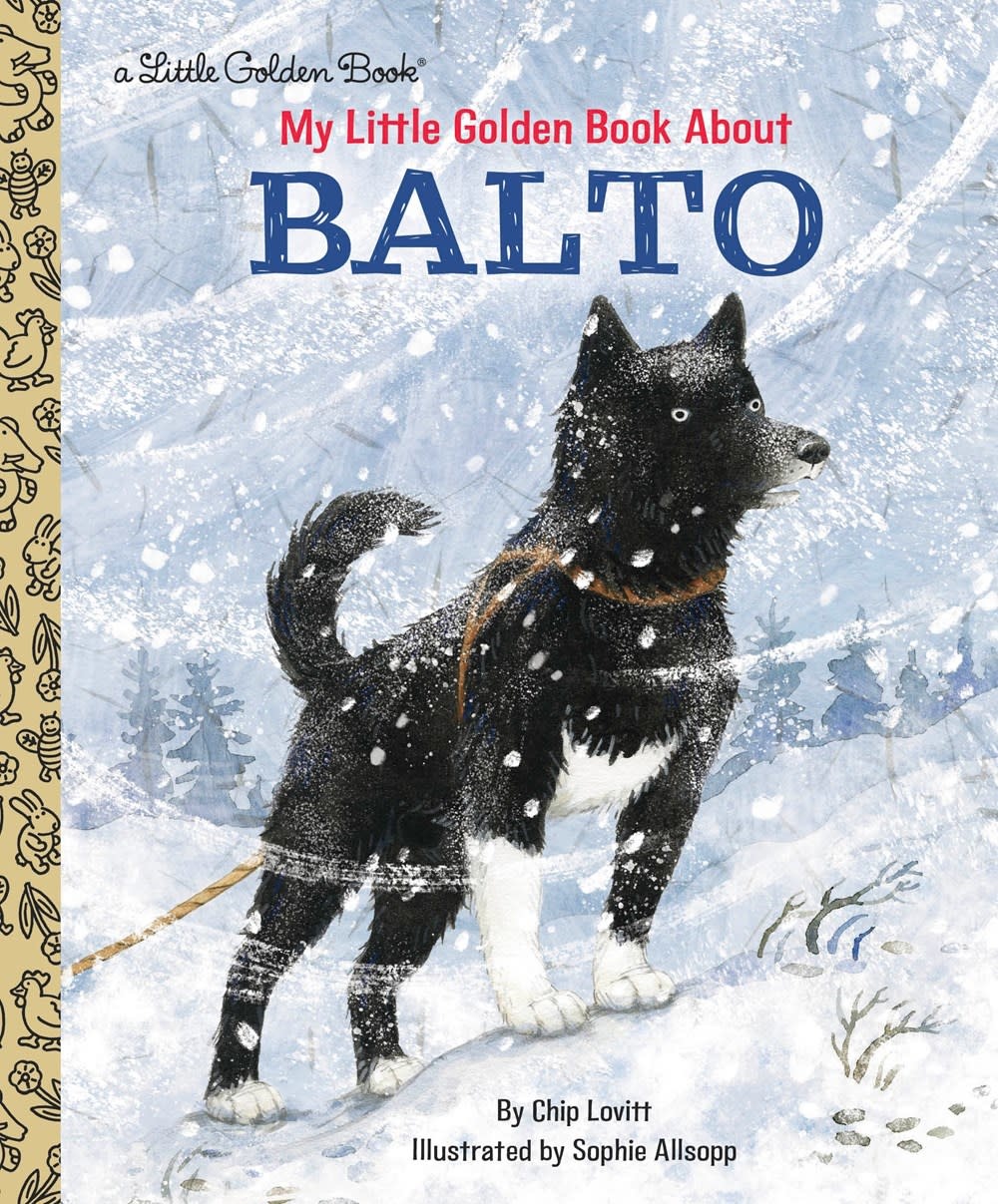 My Little Golden Book About Balto

This exciting true story of a brave sled dog is perfect for preschoolers.

Travel alongside Balto, the famous sled dog, as he races across frozen Alaska in 1925 with lifesaving medicine! This exciting true tale of a heroic dog will thrill young boys and girls. Full of engaging colorful artwork and little-known facts—including what happened to Balto in his later years—My Little Golden Book About Balto will be read again and again!

Series Overview: LITTLE GOLDEN BOOKS have been loved by children for over 75 years. When they were first published in 1942, high-quality books for children hadn’t been available at a price most people could afford. Little Golden Books changed that! Priced at just 25 cents and sold where people shopped every day, they caused an instant sensation and were soon purchased by the hundreds of thousands. Created by such talented writers as Margaret Wise Brown (author of Goodnight Moon) and Richard Scarry, Little Golden Books have helped millions of children develop a lifelong love of reading. Today, Little Golden Books feature such beloved classics such as The Poky Little Puppy and Scuffy the Tugboat, hot licenses, and new original stories—the classics of tomorrow, ready to be discovered between their sturdy cardboard covers and gold-foil spines.

Chip Lovitt has written more than three dozen children’s books for a variety of publishers and imprints, including Golden Books, Scholastic, Disney Press, Simon & Schuster, and Pearson Learning. Among his credits are books on sports, movies, and music, as well as joke, puzzle, and science books for young readers.

Sophie Allsopp is an award-winning illustrator specializing in children’s picture books. She has illustrated over 25 books and is published around the world. She lives in the south of England with her husband, son, and cat.

Sophie Allsopp is an award-winning illustrator specializing in children's picture books. She has illustrated over 25 books and is published around the world. She lives in the south of England with her husband, son, and cat.