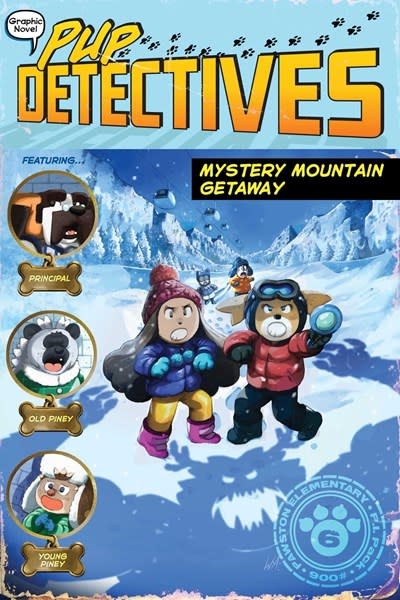 In this sixth installment of the Pup Detectives graphic novel series, the pup detectives dig up the secrets of Mystery Mountain!

Rider Woofson and the other pup detectives are excited to be going on a class trip to Mystery Mountain with the rest of Pawston Elementary. After all, with a name like that, the chances of finding a thrilling new case seem pretty good! But when the PI Pack arrives at the top of the mountain, they discover that all of their classmates have been scared away by a snow monster! Rider and the other detectives smell something fishy and decide it’s time to investigate exactly what’s so mysterious about Mystery Mountain.

Felix Gumpaw grew up reading kids’ books, so it makes sense that he’s writing them now. And when he isn’t writing books, he’s out solving mysteries around the city of Manhattan, where he lives.