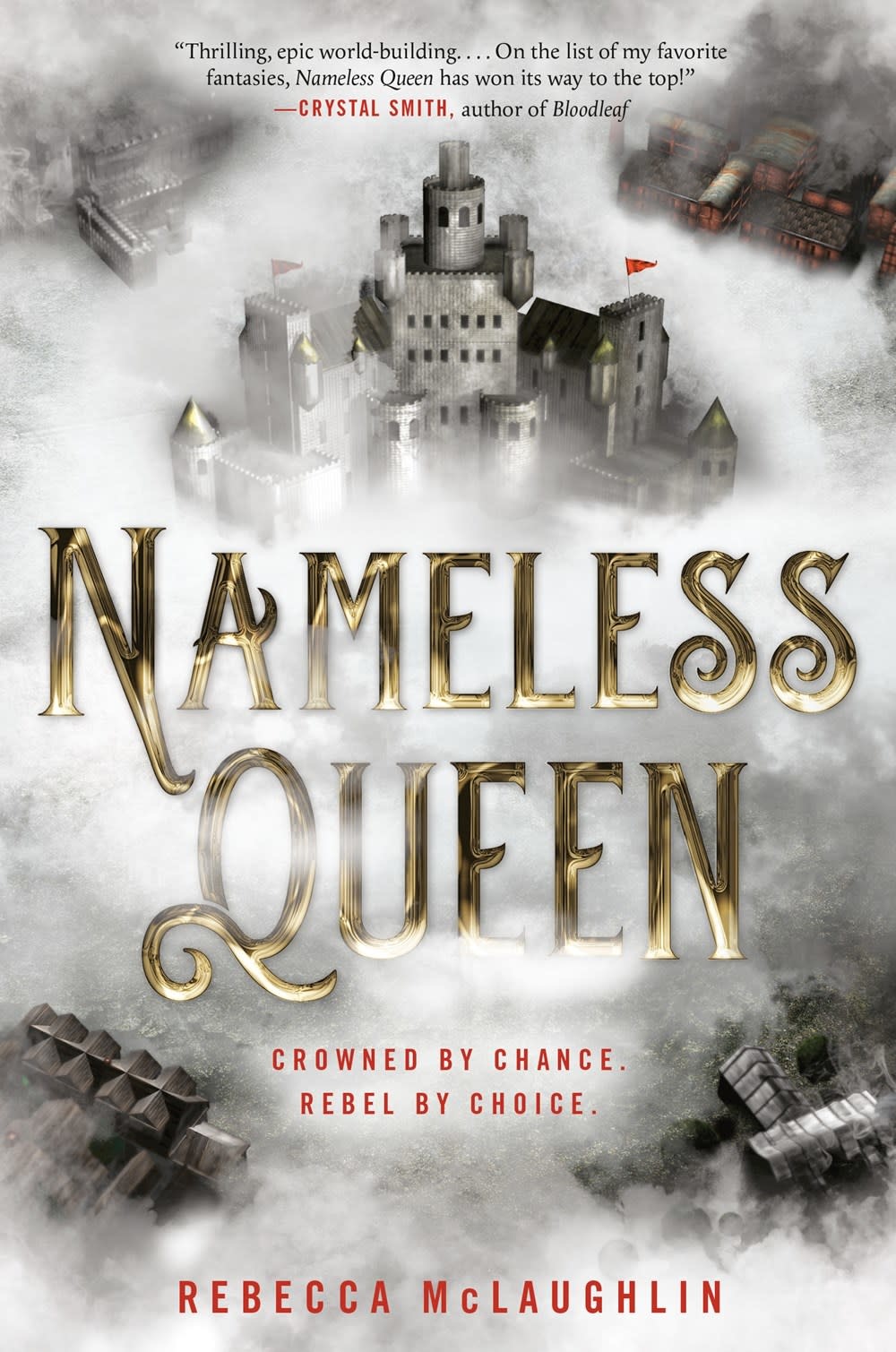 One girl must make a name for herself—or die trying—in this royal fantasy where an unknown peasant becomes the ultimate ruler. But how long can she keep the crown if everyone wants her dead? Perfect for fans of Furyborn, Red Queen, and Everless.

It shouldn’t be possible. I’m Nameless, a class of citizens so disrespected, we don’t even get names. Dozens of us have been going missing for months and no one seems to care.

But there’s no denying the tattoo emblazoned on my arm. I am to be queen. In a palace where the corridors are more dangerous than the streets, though, how could I possibly rule? And what will become of the Nameless if I don’t?

“A thrilling tale of identity and found family wrapped up in epic, politically-charged worldbuilding. Once I started reading, I couldn’t stop…on the list of my favorite fantasies, Nameless Queen has won its way to the top!” - Crystal Smith, author of Bloodleaf

Series Overview: The Nameless Queen is a stand-alone adventure. Have a second book signed up.

Rebecca McLaughlin is a Michigan nerd who appreciates sweet coffee, kindness, and the scientific method. She got her degrees in chemistry and English creative writing in 2014. Since that time, she’s worked as a technical writer in Michigan. When not working or crafting stories, Rebecca can be found practicing her knife-throwing skills or seeking out the perfect cup of coffee. She wrote Nameless Queen because she grew up lower class (which sucked), went to a private college (which was weird), and made good friends along the way (which was wonderful). She realized that exploring the social and economic divide is difficult, but magic makes it easier—or at least more entertaining.